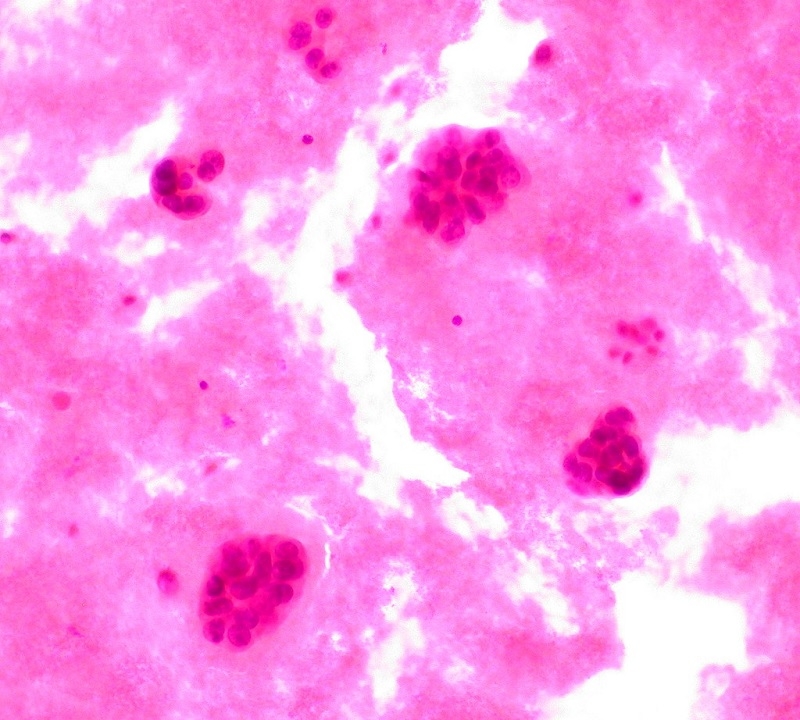 Metastatic breast cancer in pleural fluid | Photo by Ed Uthman (licensed under CC BY 2.0) via Flickr.com

Scientists around the world have various ways to tackle the search for finding a cure for cancer. While that remains one of the biggest challenges in medical science, researchers are also making huge efforts to develop better immunotherapies and more effective cancer drugs. This month, different groups of researchers have made significant developments that could each pave the way to better treatment strategies for patients battling cancers of the breast, pancreas, and prostate.

Researchers from Duke Cancer Institute in Durham, North Carolina recently published their findings in the journal Nature Communications (via Medical Xpress) on how the immune system can better identify breast cancer cells. In a pre-clinical trial on a mouse, the scientists were reportedly able to attack the enzyme cells that help in the spread of breast cancer. As a result, the immune system’s T-cells can properly identify the tumors and tackle it.

This can then greatly help in making immunotherapies work much better for many patients. "We found that inhibition of the activity of this enzyme decreased the ability of macrophages in tumors to suppress an immune attack on cancer cells and indeed encouraged them to start producing chemicals that attract more cancer-killing T cells into the tumor," Dr. Donald McDonnell of Duke's Department of Pharmacology & Cancer Biology explained.

Dr. Brian Boone, a surgical oncologist and assistant professor at West Virginia University’s School of Medicine, explained that pancreatic cancer tumors are usually difficult to be surgically removed. In a study published in the Journal of the National Cancer Institute (via EurekAlert), they shared a development they observed in using the cancer drug FOLFIRINOX that increases the survivability among pancreatic cancer patients.

Boone’s team observed 313 pancreatic cancer patients taking FOLFIRINOX with tumors that cannot be removed by surgery because it is located too close to a blood vessel. The researchers found that the drug either increases the patients’ survival rate or shrinks the tumors over a certain period making surgery a possible treatment option. "There's no control group, but when you compare it to what we've historically seen in patients that are borderline resectable and that we take straight to surgery, FOLFIRINOX resulted in better survival and better rates of resection," Boone explained