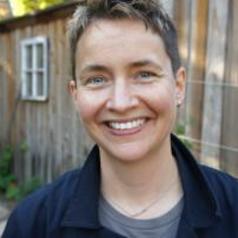 The Golden State is on fire, which means that an idea of American utopia is on fire, too.

Utopias are the good places of our imagination, while dystopias are the places where everything goes terribly wrong, where evil triumphs and nature destroys her own. Frequently utopias and dystopias are the same place, because perfection may not be possible without someone suffering.

Ursula LeGuin writes about this paradox in “The Ones Who Walk Away from Omelas,” a story about the moral dilemma of living in a city called Omelas whose prosperity is made possible by one child’s pain. As the story’s title makes clear, most people don’t walk away from the beautiful place, even when its secret is known.

California often finds itself the Omelas of the American imagination. For some, it’s the beautiful place where having it all means shafting someone else, as in Roman Polanski’s “Chinatown,” about Los Angeles’ theft of water from the Owens Valley. Or as in the magical theme park, Disneyland, which substantially underpays some of its workers.

The novelists Octavia Butler, Edan Lepucki, Karl Taro Greenfeld, Paolo Bacigalupi and Claire Vaye Watkins are among the many who have imagined the Golden State as a dystopian novel. In their novels, California is either on fire, in extreme drought or both. They all picture California’s descent as a combination of climate crisis and social unrest.

For these authors, climate change hints at the dark secret of the perfect place, of bad decisions that all America shares. Their novels suggest that if California looks like a dystopia before other American places, that’s because it’s often in the lead.

The wildfires that ravage California light up America’s screens with terror. Suburban homes are stripped to their foundations; Samaritans lead horses from burning barns.

The historian Mike Davis reminds us that California has long seemed an “ecology of fear” for Euro-Americans. Settlers from Northern Europe and the East Coast did not understand Southern California’s climate, which is prone to unpredictability and drought.

“It is Walden Pond on LSD,” Davis writes, meaning that it is a psychedelic version of American nature spots like Walden Pond, in New England.

The unfamiliarity of California’s climate led to poor decisions about where to build from the start. Now Californians, like most western Americans, live too close to their wildlands, which are drying into tinderboxes.

“In the United States, there are now more than 46 million single family homes, several hundred thousand businesses, and 120 million people living and working in and around the country’s forests,” writes the journalist Edward Struzik, in “Firestorm,” his book about “how wildfire will shape our future.”

America has created the combustible environment called intermix, where residential and commercial uses spill into wildlands. America craves inexpensive electricity, too, which means that overhead power lines run through forests and chaparral.

Overhead lines have sparked some of the worst recent fires in California and other American places like New Mexico and Tennessee.

California utility company PG&E estimates the cost for converting overhead to underground lines at US$3 million per mile. While cost estimates vary, such a project surely will be expensive and might take a century to complete.

Overhead infrastructure wasn’t made for extreme weather, like the estimated 80 mph winds that inspired a rare “extreme red flag” warning in Southern California.

Pleasure in the state’s demise

On fire, California is a dystopian novel that the rest of America reads avidly, and at times with schadenfreude, that feeling of joy that a person may take in another’s suffering.

California ranks as one of the happiest states in the U.S., at number 13. But California came in last in a 2012 poll on which states Americans like.

Maybe it’s the happiness that annoys others, which some perceive as phony (“tofu,” “silicone” and “dyed hair,” said Sen. Ted Cruz in 2018, about what is wrong with California).

When California was on fire in 2018, with thousands missing and dozens dead, President Donald Trump tweeted that the state mismanaged its forests. He tweeted the same thing during the recent fires, with more force. Schadenfreude? Arguably, the nation is struggling to address the fire challenges of the intermix, and California is ahead of the rest.

California supposedly is most hated by conservatives. But it nurtured the careers of conservative icons Ronald Reagan and Rush Limbaugh, plus a pair of conservative ballot measures, Prop 13 and Prop 187, that cut taxes as well as services to immigrants.

It is also the birthplace of modern progressive movements, from the United Farm Workers to environmentalism. California has been a seedbed of American political passions, to the Right and Left. Perhaps that’s why it arouses passion – and envy.

Dystopian thought criticizes what it loves in an attempt to make it better.

If California is living a dystopian novel, it is also a first responder to the fires of a changing planet.

Some of the state’s utility companies are getting smarter about infrastructure fixes. Evacuations are going better in the places where evacuations happened before. Californians voted in a landmark cap-and-trade bill to curb greenhouse gas emissions, and now they are trying to improve on it.

The state’s climate policy and renewed support for investment in public education signal that it is getting past the nation’s racial generation gap, where older white voters don’t see themselves in a demographically browner youth and resist funding them.

Living in Omelas means either compromising with injustice or learning how to make the world better before others even know that it’s broken.