Calculating where America should invest in its transportation and communications networks 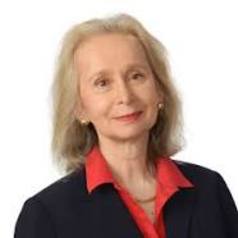 The American economy is underpinned by networks. Road networks carry traffic and freight; the internet and telecommunications networks carry our voices and digital information; the electricity grid is a network carrying energy; financial networks transfer money from bank accounts to merchants. They’re vast, often global systems – but a local disruption can really block them up.

For example, the I-85 bridge collapse in Atlanta will affect that city’s traffic for months. A seemingly minor train derailment at New York City’s Penn Station resulted in multiple days of travel chaos in April.

As the Trump administration plans to invest hundreds of billions in American infrastructure networks, it will be crucial to identify what elements are the most crucial to repair or improve. This is not only important for maximizing benefits; it’s also useful in preventing disaster. Is there, perhaps, a telecommunication line that would be particularly damaging if it were destroyed? Or one road through an area that has an especially large role in keeping traffic flowing smoothly?

Patrick Qiang and I are operations management scholars who have developed a way to evaluate network performance and simulate the effects of potential changes, whether planned (like a highway repair) or unexpected (like a natural disaster). By modeling the independent behavior of all the users of a network, we can calculate the flow – of freight, commuters, money or anything else – across each link, and how other links’ flows will change. This lets us identify where investment will be most beneficial, and which projects shouldn’t happen at all.

It’s very difficult to measure networks’ performance, in part because they are so complex, but also because people use them differently at different times, and because those choices affect others’ experiences. For example, one person choosing to drive to work instead of taking the bus puts one more car on the road, which might get involved in a crash or otherwise contribute to a traffic jam.

In 1968, German mathematician Dietrich Braess observed the possibility that adding a road to an area with congested traffic could actually make things worse, not better. This paradox can occur when travel times depend on the amount of traffic. If too many drivers decide their own optimal route involves one particular road, that road can become congested, slowing everyone’s travel time. In effect, the drivers would have been better off if the road hadn’t been built.

This phenomenon has been found not only in transportation networks and the internet, but also, recently, in electrical circuits.

We shouldn’t waste time and money building or repairing network links the community would be better without. But how can we tell which elements help and which make things worse?

The best networks can handle the highest demand at the lowest average cost for each trip – such as a commute from a worker’s home to her office. Evaluating a network means identifying which locations need to be connected to each other, as well as the volume of traffic between specific places and the various costs involved – such as gas, pavement wear and tear, and police services keeping drivers safe.

Once a network is measured in this way, it can be converted into a computerized model where we can simulate removing links or adding new ones in particular places. Then we can measure what happens to the rest of the network: Does traffic get more congested, and if so, by how much? Or, as in the Braess paradox, do travel times actually get shorter when a link is removed? And how much money does a particular project cost to build, and save in time or user expenses?

Our method of measuring a network’s performance has been used to refine the route of a proposed metro line in Dublin, Ireland; to design new shipping routes in Indonesia; to identify which roads in Germany should be first on the maintenance list; and to determine the effects of road closures after major fires in regions of Greece.

Our method has also been applied to make supply chains more efficient, both to maximize profits and to speed disaster relief supplies to people in need.

As the U.S. works to enhance its economic competitiveness, the country will need to invest in many different types of networks, to maximize their usefulness and value to Americans. Using measurement methods like ours can guide leaders to wise investments.

Anna Nagurney does not work for, consult, own shares in or receive funding from any company or organisation that would benefit from this article, and has disclosed no relevant affiliations beyond the academic appointment above.