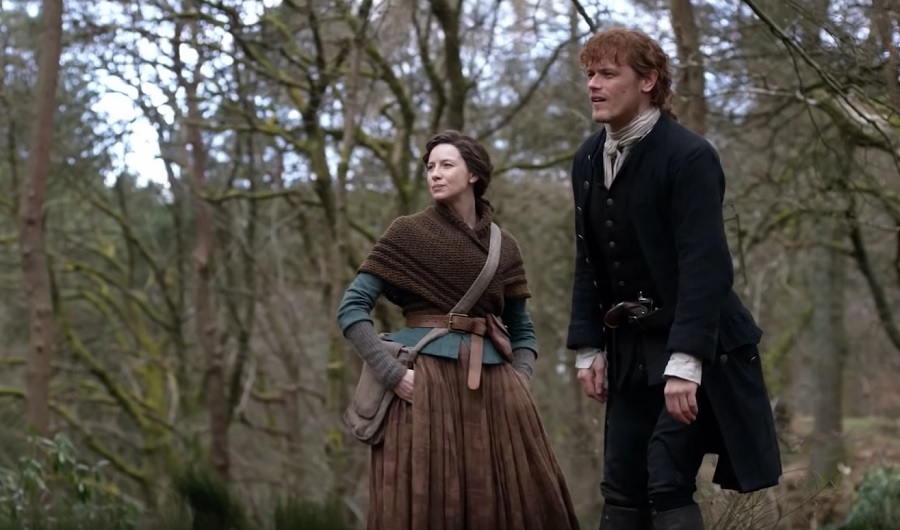 One of the biggest Hollywood news this month is about the “Outlander” leading actress, Caitriona Balfe. Reports have it that she already tied the knot with long-time boyfriend, Tony McGill, but they seem to be keeping it on the down-low. However, eagle-eyed fans have picked some possible clues from her co-star Sam Heughan’s Instagram page.

Last Thursday, it was reported that Balfe and McGill got married on the prior weekend at a church in Bruton, Somerset in the United Kingdom. The two got engaged in early 2018.

PEOPLE got confirmation from various sources about the wedding. The same publication reported that St. Mary’s Church’s public calendar listed a wedding for a certain “A McGill” that added to the possible clues to the ceremony.

However, representatives of Balfe and the actress herself has yet to confirm it. McGill and Balfe have very few pictures together at public events, but the earliest evidence online of their relationship dates back to 2015.

Sam Heughan gives away another clue of co-star’s wedding

The dates of the said weekend when Balfe purportedly got married was Aug. 10 and 11. Interestingly, Heughan posted a photo on Aug. 11 where he shows off his custom suit and ties by Dunhill. In the caption, he only wrote, “Remarkable weekend. Wonderful tailoring @alfreddunhill.”

It appears like a conventional photo caption from a celebrity. However, one fan joked that Heughan decided to just talk about his clothes so he would not inadvertently reveal details of Balfe’s wedding. The same follower noted that more clues might be hiding in plain sight in the emojis the actor used that include the icons for champagne, revolving hearts, and confetti ball.

Speaking the language of social media, that seemingly means the photo was taken at an event where love is celebrated. And what better way to do that than by getting married. Unfortunately, fans can only speculate at this point. Heughan is likely not saying any details at the request of Balfe. Fans just have to be patient and wait for the actress to confirm the reports at her own time.