Brexit negotiations: here's where we're at so far 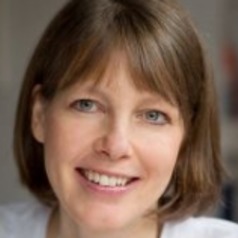 While many have enjoyed a summer break, the Brexit negotiating teams in Brussels and London have been busy. But has there been any progress? In terms of substance, the answer is short: not really.

There have been three negotiating rounds so far – in June, July and August – and a fourth one is due to take place in the last week of September. Some common ground has been found on citizens’ rights and the Common Travel Area for Northern Ireland but major disagreements remain. A particular point of contention continues to be what the role of the Court of Justice of the EU will have in guaranteeing the rights of EU citizens living in the UK. Another is the so-called divorce bill.

Yet, while little progress has been made on substance, there have been developments on the structure, the negotiating approach, and the likelihood of a transition agreement.

The parties have agreed on a two-phase approach for the talks. Phase one involves the negotiations of the the withdrawal agreement – focusing in particular on citizens’ rights, the financial settlement, and the border issue between the Republic of Ireland and Northern Ireland. Phase two will see the two sides discussing their future relationship.

The EU had originally insisted that phase two could only begin once a final deal had been reached on phase one issues but has since moderated its stance. Now phase two can begin once “sufficient progress” has been made on the withdrawal negotiations. The UK, which was keen to start the two negotiations in parallel, welcomed this change.

For the first phase, the two negotiating teams have agreed to meet for week-long negotiation rounds every month. Each round starts with an introductory meeting between the chief negotiators, David Davis and Michel Barnier. Then come meetings between the coordinators, Oliver Robbins (previously permanent secretary at the Department for Exiting the EU, and now the prime minister’s EU adviser in the Cabinet Office) and Sabine Weyand (deputy chief negotiator of the European Commission’s Article 50 taskforce), and the respective negotiating groups.

So far, three negotiating groups have been established: on citizens’ rights, financial settlement, and other separation issues (including Euratom). The issue of the Irish border is under the responsibility of the coordinators. The rounds are concluded with a plenary session and a joint press conference.

This is the first time a country has left the EU so Brexit negotiations are unprecedented. Given the significant consequences of Brexit, the European Commission committed early on to providing maximum transparency on the negotiations. It publishes all EU position papers, text proposals and negotiation mandates on its website.

UK officials, on the other hand, initially stressed the importance of playing their cards close to the chest. They provided little information about the UK’s goals and red lines, arguing that to make that information public would undermine their negotiating position.

However, these negotiations are different to traditional value-claiming or win-lose negotiations, in which each party starts off with clear positions and makes concessions and trade-offs along the way, trying to gain advantages at the other party’s expense and never disclosing their own bottom line. On issues such as the Irish border and citizens’ rights it’s difficult to see how trade-offs can be made. Creative solutions must be found to minimise the disruption caused when disentangling the UK from the EU after 44 years of membership. That means both sides need to be open.

The UK now seems to have accepted this and has adopted a more open approach. Over the summer, it published a number of position papers on issues such as the Northern Irish border and the customs union. This allows the negotiators on both sides to take a problem-solving approach, identifying areas of convergence and divergence, and move forward in the coming crucial months.

Even if a working structure is in place and the two parties are engaging in more open discussions, it is clear that these negotiations are anything but simple and easy, and that the negotiations on the future agreement might not start in October as initially predicted.

If the European Council, which is meeting on October 19 and 20, decides that sufficient progress has not been achieved on the withdrawal issues, the negotiations will most likely not proceed to the second phase until after the next European Council on December 14 and 15. That’s because the Commission cannot engage in negotiations on the future relationship without a new negotiation mandate from the member states.

Either way, it’s now apparent to all parties involved that it will be impossible to negotiate an agreement on the future relationship within the two-year window provided by Article 50. That window closes on March 29, 2019 and given that most EU trade agreements take more than five years to negotiate (the EU-Canada agreement took over ten years in total), a consensus is emerging that a time limited transition agreement is needed.

During that period, the two parties can negotiate the terms of a comprehensive agreement for their future relationship. But there is still disagreement about what such a transition agreement will look like, adding further complexity to an already complicated process.

Magdalena Frennhoff Larsén does not work for, consult, own shares in or receive funding from any company or organization that would benefit from this article, and has disclosed no relevant affiliations beyond the academic appointment above.