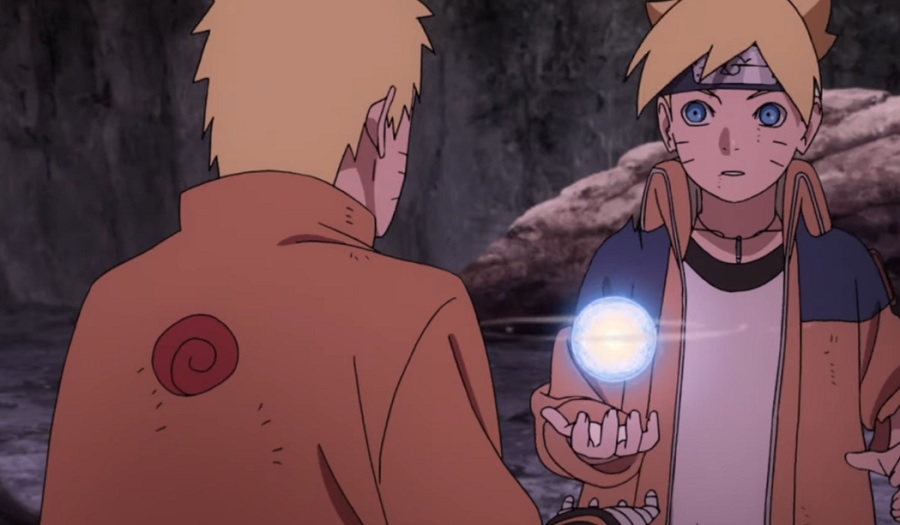 Boruto and Sarada are still in training to strengthen their Rasengan and Sharingan, respectively. Shikadai questions the titular protagonist’s motivation and worries that he is only doing it to get revenge. Meanwhile, Sarada's difficulties in developing her Sharingan put him at odds with her mother, Sakura.

Shikadai has just got back from a mission where he unexpectedly encountered Deepa. While Shikadai’s team was not able to retrieve the Otsutsuki puppet after Deepa’s intervention, it was still an opportunity for him to understand what kind of threat Deepa poses.

In the latest episode, Kakashi practically advised Boruto not to force his Rasengan beyond its current power level. But the younger Uzumaki is obviously not satisfied, so Shikadai will find him continuously training in “Boruto” episode 170. The video preview shows Shikadai wondering if Boruto is only fueled with vengeance. However, Boruto clarifies that he aims to strengthen his Rasengan to “surpass” Deepa, or else he would not be able to move forward.

The same video teaser shows Shikadai is joined by his teammates Cho-Cho and Inojin at Boruto’s training site in “Boruto” episode 170. Meanwhile, Sasuke also appears in the preview as Sarada’s training continues as well.

‘Boruto’ episode 170: Ino, Sakura, and Hinata go out for a drink

However, the teaser translated by Organic Dinosaur hints that Sakura has some concerns about her daughter’s training. The synopsis did not specifically mention it, but Sakura might end up recommending for Sarada to take some time off but it will only lead to the mother and daughter’s argument.

This could be the reason Sakura appears to go out for a drink with Ino and Hinata. Judging from the “Boruto” episode 170 preview, it appears that Ino and Sakura are going to get drunk and would end up arguing as well.

It is unclear if Kakashi will rejoin Boruto and continue their training. But the former Hokage also appears in the “Boruto” episode 170 preview where he meets with Konoha’s interrogation expert Ibiki Morino. Unfortunately, there is still no sign of Mitsuki’s return in any of the teasers for the upcoming episode.

“Boruto” episode 170 will be released on Sunday, Oct. 18. A simulcast should be available on the same day on Crunchyroll and Hulu.