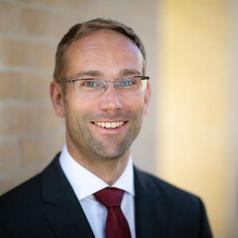 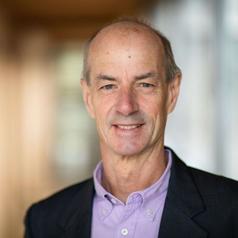 The race to become the UK’s next prime minister is challenging our usual assumptions about what is important when people choose a leader. The rule book has been thrown out of the window.

The general public does not have a say in this election. The vote is confined to members of the Conservative Party. So on what are they basing their choice between former foreign secretary Boris Johnson and current foreign secretary Jeremy Hunt? Our research on leadership has shown the importance of reputation, which is built on two dimensions: character and competence.

Political theory has stressed the importance of these two traits since the ancient Greek philosophers. Both are problematic for Johnson, the leadership front runner. In fact, if you were to plot him on the two-by-two matrix beloved of management academics for making decisions, he would sit firmly in the bottom left corner – the worst option.

Johnson’s careless and gaffe-ridden tenure as foreign secretary alone should surely have made him a non-starter for the leadership race. Yet it seems not to matter to his supporters. Do they imagine that he will undergo a Prince Hal-style conversion to responsibility and capability once he has won the crown? Or are they just so desperate to believe his bold promises of leaving the EU by October 31 that they are not asking themselves about how he will deliver them? His apparent continuing popularity suggests that a third “C” – charisma – trumps both character and competence.

Dullness as a virtue?

For Jeremy Hunt, being the duller candidate seems to be playing in his favour in terms of perceived competence, at least among commentators. Hunt has been cast as the careful, measured “manager” against Johnson’s broad-brush and optimistic “leader”. Certainly, Hunt has made fewer mistakes as foreign secretary compared with his chaotic predecessor. But, looking back, he was not as successful as health secretary as he might claim.

The key here is that competence takes more than one form. The competence that we might associate with dullness – that is, assiduously ticking boxes and being on top of the agenda – is one. Political competence – being able to negotiate, build alliances, and influence – is an entirely different proposition.

Hunt is currently in office and has the opportunity to display character and competence on a far larger scale than Johnson, most recently over the Iran crisis and the leaked memos when he demonstrated a bit of spine in defending Britain’s ambassador to the US. This was also a display of character.

If Hunt succeeds it may well be because of “recency bias” – voters remember and are swayed by recent successes – and because character and competence win over sheer charisma. If Johnson succeeds, the argument is obviously the opposite: even Hunt’s recent displays of character and competence cannot outdo recent displays of incompetence (as exposed in Johnson’s failure to explain key articles of EU treaties) or lack of character (failure to stand up for the UK’s ambassador to the US), because charisma is the only thing that matters.

Ideally, of course, any political leader will have both forms of competence. In this case, given the overriding importance of the single issue of Brexit, political competence is key. Here we have to consider a fourth “C” – credibility. Here, the EU must be taken into account but its perceptions have so far been comprehensively ignored by both candidates and the Conservative Party members.

Unless the UK is to crash out of the EU with no deal – admittedly, something that many party members actively want – the new prime minister will have to negotiate successfully with Brussels. In order to do that, they need to be seen as credible outside their own party and outside the UK. Hunt realises this, which is probably why his campaign has majored on his skill as a negotiator and his persona as a safe pair of hands.

In practice, Hunt’s claimed competence may be severely tested against the EU. The sort of negotiating one does as an “entrepreneur” (how he positions himself) or even as health secretary (when he was negotiating with a divided profession which had clear limits on how far they could take their strike) is unlikely to translate directly into the sort of negotiations necessary with the EU over Brexit. But Hunt has probably judged correctly that it is his best positioning against Johnson.

As for Johnson himself, long seen as untrustworthy for telling various untruths as a journalist and for his role in the initial referendum, his part in the resignation of US ambassador Kim Darroch will not have enhanced his reputation or his credibility across the Channel.

Rationally, based on everything we know about leadership and reputation, Conservative Party members should be voting for Hunt, but it looks increasingly likely that Johnson will win. If he does, he will have to deliver on his promises and then his problems will really start – as his competence and character defects will re-emerge. Hunt the dull may yet have the last laugh.