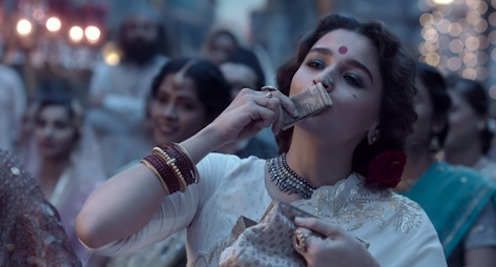 The film is loosely based on a chapter from the book ‘Mafia Queens of Mumbai.’ (Pen Movies/YouTube) 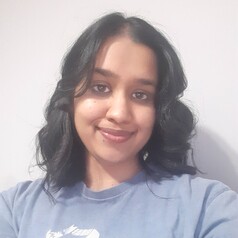 Earlier this year, the Bollywood film Gangubai Kathiawadi grabbed headlines for its bold portrayal of sex work in India.

The film, which premiered at the Berlin Film Festival, has been widely viewed on Netflix and garnered global attention about how sex work isn’t recognized as a profession by law in most societies.

Unlike Bollywood films that portray sex workers as women who ought to be rehabilitated into mainstream society, Gangubai Kathiawadi presents them as a group capable of mobilizing social change.

Yet, despite its efforts to champion sex workers’ rights, certain elements in the film portray sex workers as victims and reinforce existing cinematic tropes of “shameful” sex workers. This ambiguity in the film resonates with ambiguity also seen in Indian legal discourse related to sex work, such as a recent Supreme Court ruling that recognized sex work as a profession.

The continued emphasis on badnam gali

Set in the 1950s and ‘60s, Gangubai Kathiawadi is loosely based on a chapter from Mafia Queens of Mumbai, a book by former crime reporter and author Hussain Zaidi based on research by reporter Jane Borges.

The film narrates the story of Ganga (Alia Bhatt), who accompanies her boyfriend to Bombay with the hope of becoming a Hindi film actress.

Her dreams are shattered when she is sold to a ruthless brothel madam in Kamathipura (a popular red light district). The film traces Ganga’s resilience as she renames herself Gangu and emerges as one of Kamathipura’s revered brothel leaders.

Speaking at a press conference at the Berlin Film Festival, the film’s director, Sanjay Leela Bhansali, reflected on how Gangubai “fought for everything she thought [sex workers] rightly deserved in spite of being in the profession … ”

His notion of treating sex workers as resilient individuals, who rise from their marginalized positions, presupposes them as victims.

For example, in the film, while Gangu is presented as a confident woman who educates people about the need to legalize sex work, she repeatedly self-identifies as a woman who resides in badnam gali — a phrase that loosely translates to “disreputable street.” 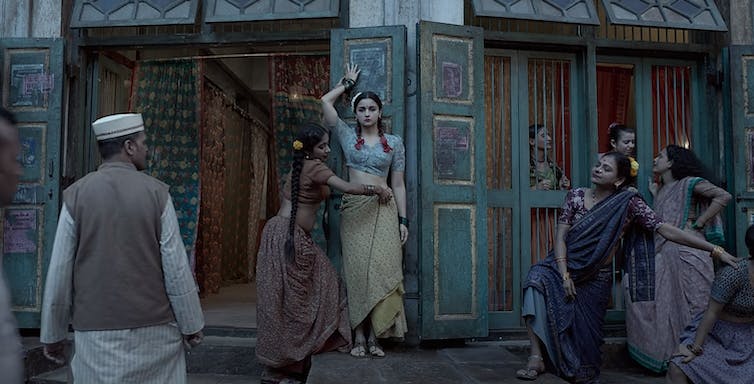 The protagonist’s dreams are shattered when she is sold to a brothel madam in a popular red light district. (Pen Movies/YouTube)

While brothels like Kamathipura were created for the service of British troops who served in India, the women who worked in these spaces were viewed as carriers of venereal diseases. They were forced by law to undergo medical examinations and detained within “lock hospitals.”

A phrase like badnam gali sheds light on how these sentiments continue to shape discourses of morality, which allows sex workers to be marginalized, and also signals the overarching structural factors which deprive sex workers of basic rights — yet it also constructs sex workers as pitiable.

Despite showing the resilience of sex workers, the film presents women as victims worthy of attention because they didn’t choose their circumstances.

By not presenting any images of voluntary sex work, the film unwittingly creates a dichotomy between voluntary and forced sex work.

Sex work activist and researcher Jo Doezema discusses the harms of distinguishing between “forced” sex workers, seen as deserving of public sympathy, and “voluntary” sex workers, depicted as those who ought to be punished for transgressions. A “whore/madonna” binary serves to provide new justifications for denying certain sex workers their human rights. 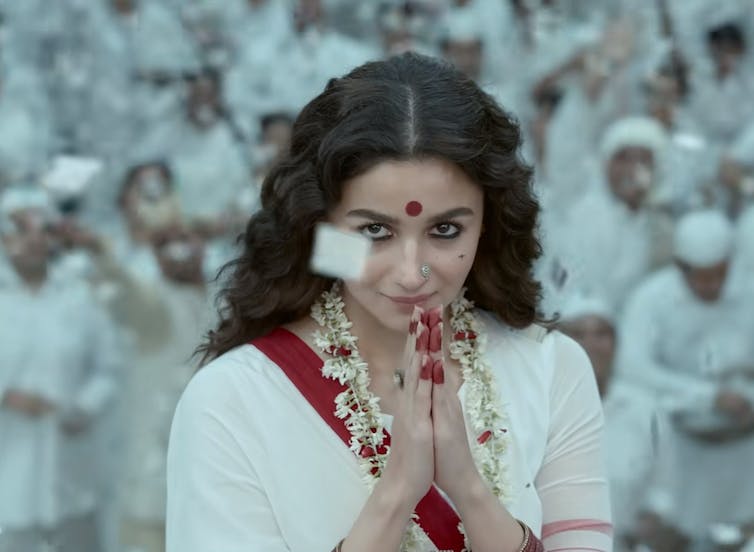 Gangu is celebrated as a leader for her activism. (Pen Movies/YouTube)

Sex worker characters, in Bollywood films, are often portrayed as victims who are shown entering the profession either through force or due to a lack of a better choice. Invariably these characters are rescued by heterosexual marriage or decide to quit working in the sex industry altogether.

In many ways, Gangubai Kathiawadi steers away from such patterns of representation. While associating the brothel with a sense of gloom (depicted through the film’s extensive use of the colour grey) it simultaneously presents it as a space which fosters caregiving relationships among sex workers who foster sisterhood and camaraderie. While the film distinguishes older money-hungry brothel madams from younger sex workers, it highlights how women strive to be allies.

The latter half of the film focuses on how sex work ought to be recognized by law and how the children born to sex workers are often denied their right to education. (Pen Movies/YouTube)

However, the film repeats the overarching trope of sex workers in need of rescue or through interventions to “save” their children. For instance, Gangu fights for the rights to educate the children of sex workers in a bid to change their lives for the better.

Months after the release of Gangubai Kathiawadi, the Indian Supreme Court passed a ruling that recognized sex work as a profession. Prostitution is legal in India, but sex workers are marginalized and face violence. 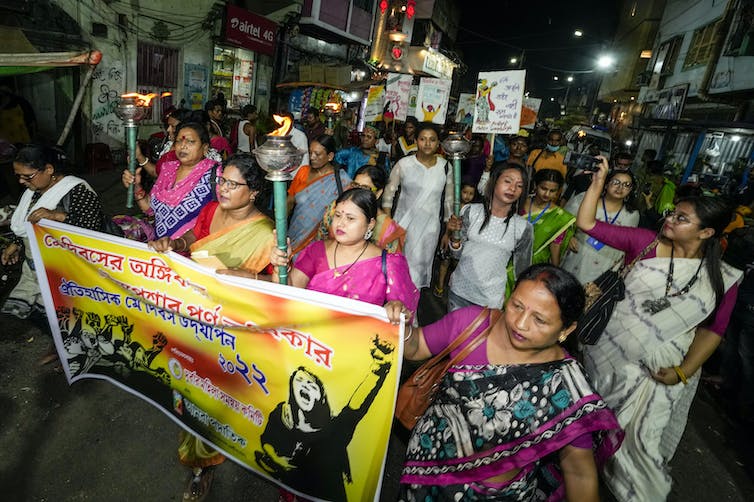 Sex workers and their children, along with activists, shout as they walk in a rally on the eve of May Day on April 30, 2022, marked as International Labour Day, in Kolkata, India. (AP Photo/Bikas Das)

The ruling states a concern for sex workers’ basic civil rights, but brothels continue to be subjected to police raids.

On one hand the ruling prohibits police from forcibly arresting sex workers who have consented to participating in the profession. But it says little on how police will distinguish between “consensual” and “nonconsensual” sex work.

Some sex workers and NGO activists fear backlash from police who are looking for reasons to reprimand sex workers.

The inconclusive nature of the law when it comes to sex work echoes the sentiments of the larger global anti-trafficking rhetoric drafted by organizations that strive to save women and children (particularly those belonging to immigrant communities) from harm. It echoes abolitionist sentiments that tend to view sex work as a bane to modern society.

Sex workers deserve stories that represent their lives and their profession with more care and authenticity. For this, we need more sex workers included in storytelling processes.