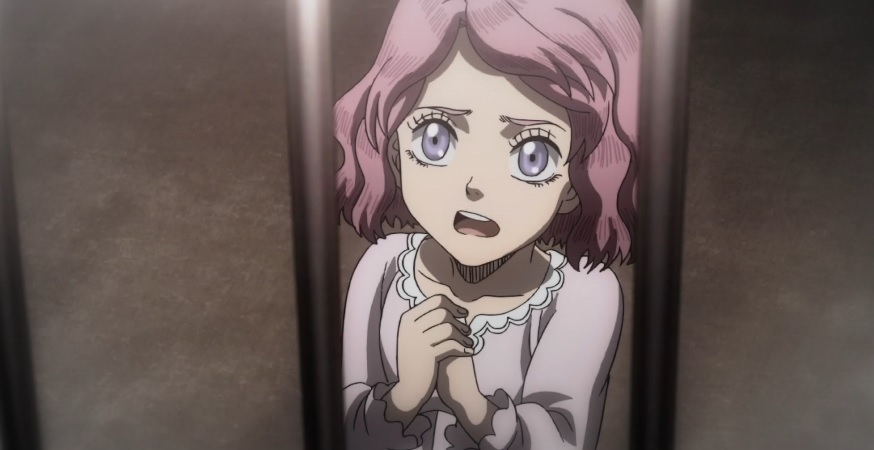 This week’s episode ended with a hint at the Black Bulls’ continuing training under the Mereoleona’s supervision. However, the “Black Clover” episode 134 official preview seems to be teasing that an important and mysterious member of House Vermillion is arriving.

It is unclear how the arrival of a mysterious female character will contribute to the ongoing anime-original arc focused on training the Clover Kingdom Magic Knights. But even Fuegoleon is not taking this person’s arrival for granted, as shown in the “Black Clover” episode 134 teaser.

Whoever this person has to be someone significant because the brief preview emphasizes that what will happen in “Black Clover” episode 134 is important to House Vermillion. It is even described as a life and death situation, and that only raises more questions on who is the character arriving that needs to be welcomed properly.

One very plausible character arriving in “Black Clover” episode 134 is Sister Theresa Rapaul. She is currently serving as a nun but has been popular in the series as a former Crimson Lion. Her time as a Magic Knight was so popular that she even gained the moniker “Crimson She-Leopard.”

Fans have seen her fight in previous story arcs, and her power is undeniable. She has also mastered several mana-controlling abilities that were the theme of the previous training session of Crimson Lions and Black Bulls, so bringing Sister Theresa back in “Black Clover” episode 134 for the training arc makes sense.

Meanwhile, there are also speculations that “Black Clover” episode 134 could be about the arrival of a parental figure in the House Vermillion. It seems unlikely though that an introduction this huge will happen during this arc that some fans even view as mere filler, although it is more appropriately called an anime-original arc.

To those who do not know yet, the two-month hiatus of the series due to COVID-19 has ended this week with the release of episode 133. This means the show is back to its regular schedule with “Black Clover” episode 134 set to air on Tuesday, July 14.