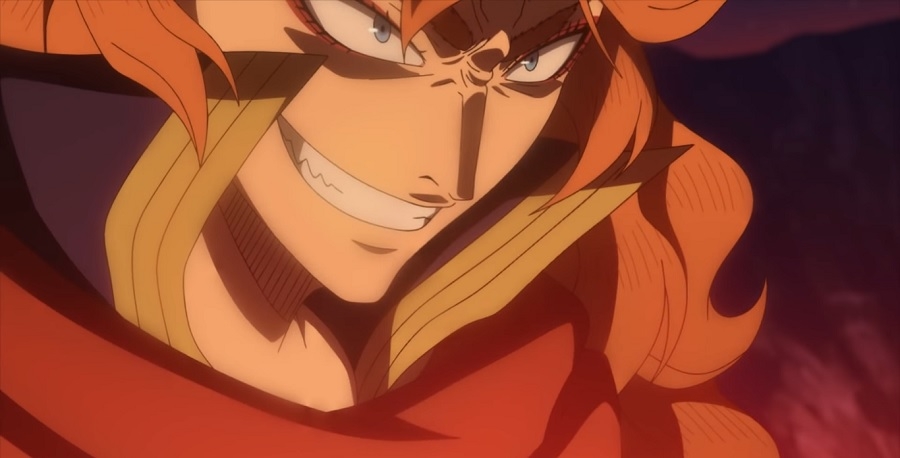 The previous chapter ended by showing some of the strongest Magic Knights of Clover Kingdom, including Yuno, Fuegoleon, Nozel, Dorothy, Charlotte, Jack, Rill, and (for some reason) Sekke. However, the panel revealing this group last week was drawn in a way that suggests more people were not being shown at the time. The leaked scans of “Black Clover” chapter 274 confirm that more people, some even unexpected, are joining the battle to avoid the opening of the gates of the Underworld as well as the death of Yami and Vangeance.

The former captain of the Royal Knights appears in “Black Clover” chapter 274 and immediately aims for the giant Demon that Zenon will summon to face the invasion team. It is not surprising that Mereoleona always goes for the strongest enemy because she has the ability to take them on. However, the chapter will end with just her triumphant expression but without confirmation, if the first Demon will actually be annihilated with just one punch.

Spade Kingdom arc speculation: Someone might be dying in this arc

“Black Clover” chapter 274 leaks also show Valtos, Sally, and Rades as part of the invasion team. With Morris working for Spade, the inclusion of Sally is not surprising. Valtos is also a very capable mage with spatial magic, so his appearance is also understandable. Rades’ presence, on the other hand, could be foreshadowing someone or some people’s death throughout the battle.

It can be recalled that when Patolli betrayed the three of them, Rades has acquired a new magic that practically allows him to revive dead people. Whoever decided to include him in the invasion team, whether it is Nacht or Julius, seems to be expecting the worst. Unfortunately, the answer to Rades’ purpose in this battle could be revealed after “Black Clover” chapter 274.

The leaks available online right now are scans of the Japanese manga, so what fans can find online have rough translations only. They will have to wait for the official copy to be released on Sunday, Dec. 6 that will be released for free on Manga Plus and Viz Media website and mobile apps.