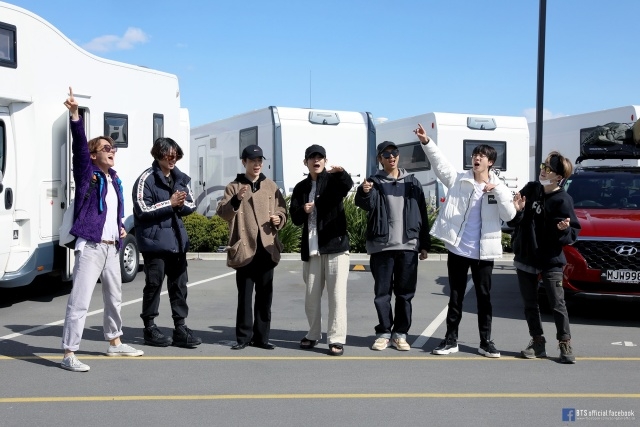 BTS has bee invited to perform at the 2020 Grammy Awards that will air on America’s CBS this coming Jan. 26. It is taking place in Los Angeles, and top stars are set to perform on stage.

Early this week, the performers had their rehearsals, and Ariana Grande bumped into the BTS members. The nice part is that the group snapped a photo together, and fans are loving it.

On Jan. 22, Ariana Grande uploaded a photo on her Instagram, and it showed her sitting with the BTS guys that include RM, Jungkook, Jimin, V, J-Hope, and Jin. Yes, Suga was not in the photo, and it was not stated why. In the caption, the “Thank You, Next” singer simply wrote: “Look who I bumped into at rehearsal.”

In any case, Variety reported that BTS is set to perform together with breakout star Lil Nas X, and they will sing the hit track “Old Town Road.”

Meanwhile, BTS is set to release their new album this February, and it is called “Map of the Soul: 7.” Once the album is out, the group will prepare for their world tour that will commence in April.

The seven members will take the stage of the Olympic Stadium in Seoul, South Korea on April 11 to 12 and 18 to 19, to kick off their tour simple titled “Map of the Soul World Tour.”

Forbes stated that tickets would start to go on sale early, but the ARMYs will be given a chance to buy tickets first. After Seoul, BTS will fly to the U.S. and will perform at the Levi’s Stadium in Sta. Clara, California, for a 2 night-concert. Los Angeles and Dallas will be their next stops before heading to Florida for a one-day concert schedule.

BTS will continue the tour and will visit other major cities such as Chicago and Washington D.C. the group will then leave the U.S. and meet their fans in Europe before flying back to Asia and hold concerts in several cities around Japan. The world tour is expected to end in September.