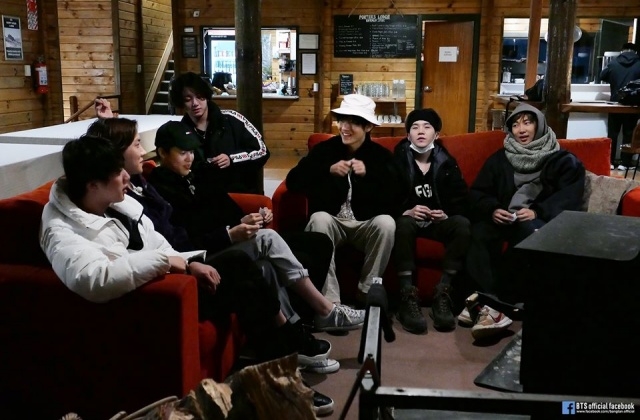 BTS has been busy, and up until early today, they have been rehearsing for their stage for the 2019 MAMA of Mnet Asian Music Awards. It will be held on Dec. 4 at the Nagoya Dome in Nagoya, Aichi Prefecture, Japan.

Then again, while preparing for the event until the wee hours of Dec. 4, Jin, who is also celebrating his 27th birthday and was reminded by the fans that it is his big day. As a response, the idol singer held a V Live streaming session after their rehearsals, and some of the BTS members also appeared in the video.

As Jin wants to celebrate his birthday together with the ARMYs, he started a live broadcast via V Live. The singer wanted to celebrate at exactly 12 midnight, so he started a countdown, and as expected, thousands of fans were there to watch and party with Jin.

Of course, the BTS members were also there. Jimin, J-Hope, and V entered his room and brought him a cake. He blew out the candles, and Jungkook joined the group. Suga and RM were not in sight, and they are probably resting already as it was a really tiring day, and Jin said this himself.

At one point, Jin answered a question sent by a fan. He was asked what gifts he wants for his birthday, and his response was adorable. Jin said that he actually does not want anything, and with the BTS members coming out to his room to greet him, it is already a big gift for him.

At any rate, as fans celebrate BTS's Jin’s birthday, the idol trended on social media worldwide. The ARMYs used many hashtags that include #HappyBirthdayJin, #JINDAY, #HappyJinDay, #LettersForJin, and many more. These occupied the top spots in the trending list on Twitter, and it went on for hours.

Meanwhile, BTS has been nominated for five major categories at the 2019 MAMA, and these include the Artist of the Year, Worldwide Fan’s Choice, Dance Performance - Male, Best Male Group, and Song of the Year. Many are predicting that the boy band will sweep all the awards this year.