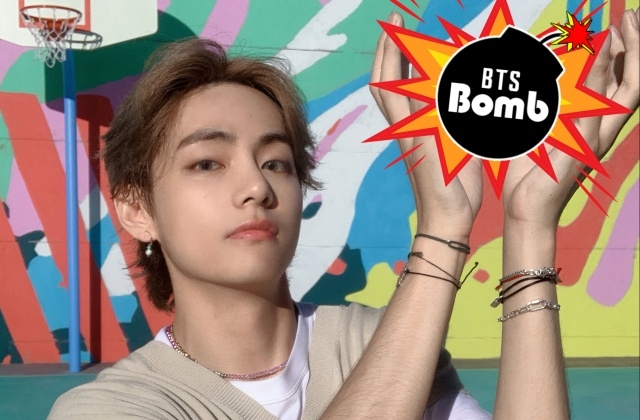 BTS V is not the only one who is breaking records and gaining worldwide attention but his own fan clubs are on a roll as well. In fact, this week, his Chinese fans called the China Baidu V Bar is on the headlines after making a new record for its fundraising projects.

The preparation for BTS V’s birthday has started

Kim Taehyung’s fans are known to be fond of organizing over-the-top events for their favorite BTS member. In fact, they always prepare in advance to make sure that everything will go well and they can present an event that BTS V will never forget.

The advance preparations also give them time to gather the funds that they need for a successful event. And this year, the fundraising has begun for the 24-year-old’s upcoming birthday in December.

In connection with this, Baidu V Bar revealed that they made a record for accumulating hundreds of thousands in just a short time. China Baid VBar tweeted in August that its fundraising event already gathered CNY1 million or approximately USD$144,552 in just 1 minute.

This amount increased multifold when they collected a massive sum of CNY6 million or USD$867,315 in 59 days and 14 minutes. All in all, China Baidu V Bar made CNY6.47 million or around USD$935,318 for BTS V’s birthday this year.

And this is not all as the group recently shared that they broke their fundraising record again. In Baidu V Bar’s latest update, it disclosed they have achieved a new milestone as the Kpop star’s fan club with the highest and fastest fundraising record. Its new record is collecting 1 million in one minute, 2 million in 22 minutes and finally, 7 million in 80 days.

Meanwhile, BTS V’s Chinese fanbase is known to organize massive birthday events. They carefully prepare everything to show Kim Taehyung how much they treasure him.

Just last year, they light up the sky with multiple drones to celebrate BTS V’s birthday. The drones formed the singer’s silhouette in the night sky and it was an awesome view. The greeting for him was also spelled out and it was really spectacular.

Lastly, BTS V’s fans also prepare many charity events to celebrate his special day. They don’t just spend on events but they also use their funds for worthy causes and charities.