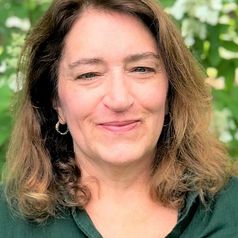 More than five years after Flint’s water crisis first hit the news, the city has successfully lowered the lead levels in its water.

The most recently available testing, from the second half of 2018, puts the lead in Flint’s water at 4 parts per billion. That’s well below the level, 15 ppb, that the federal government currently regards as dangerous for public health.

No amount of lead in water is safe, but the lower level in Flint represents a substantial improvement over the 27 ppb reported by the Virgina Tech Water Study at the peak of the crisis in April 2015.

However, even Flint’s highest levels were not atypical for water systems that have problems. Most reports of elevated lead levels cluster in the range between 15 and 20 ppb.

If more than 10% of samples exceed 15 parts per billion of lead, the rule states that the water system must take steps to control pipe corrosion – the main source of lead in residential tap water – as well as to inform the public and the U.S. Environmental Protection Agency.

Water systems, especially in rural areas, can report much higher levels than the EPA cutoff. In 2017, for example, an elementary school in Tulare County, California, home to agricultural laborers, reported lead levels of 4,600 ppb. The school distributed bottled water to its students and replaced its well. The same year, a senior living center in Stroudsberg, Pennsylvania, had lead levels of 3,428 ppb. Such drinking water is truly poisonous, especially for children.

Large urban water systems tend to have lower contaminant levels than systems in rural areas, including for lead, because they have expert staff to run facilities. But when contamination occurs in urban systems, it affects more people. Flint’s water system serves 71,500 people and its woes drew the attention of the Obama administration. In 2004, when Washington, D.C. had similar lead levels, Congress intervened to demand a rapid fix.

Right now, Newark, New Jersey – an area that I have studied for more than 10 years – is in the hot seat for lead, but has not drawn similar attention. In June the city reported to the EPA lead samples more than 2.5 times higher than that of Flint at the peak of the crisis, the highest level in a two-year running problem.

The Pequannock facility, one of Newark’s two water treatment plants and the source of the issue, distributes water to the city and several surrounding communities. The Newark Water Department serves a total of more than 290,000 people.

Of cities with more than 100,000 in population reporting issues since the beginning of 2017, nearest in rank to Newark in terms of levels of lead is Pittsburgh; then Trenton, New Jersey; Fort Wayne, Indiana; Suez Water, headquartered in Hackensack, New Jersey, serving multiple communities; Portland, Oregon; Providence, Rhode Island; and Green Bay, Wisconsin.

Most cities reporting issues are in New England and the Middle Atlantic States, where older housing is more likely to have lead pipes that run from the water main into the home.

Shining a light on the problem: Missing data

What’s more, an undetermined number of water systems with lead problems in their water do not report heightened lead levels to the federal government, in violation of the law.

An investigative report commissioned by Congress, publicly released in October 2017, showed that about 2% of public water systems across the country exceeded the federal limit on lead between 2014 and 2016.

The report says that the number of water systems that do not report their problems at all is understated – in some cases badly so. Flint itself initially failed to report its elevated lead levels to the EPA. The congressional report, compiled by the Government Accountability Office, found a host of problems on this score, concluding that “data available from the EPA likely understate the number of sample results, violations and enforcement actions.”

As of December 2016, the end date of the GAO investigation, only about 47% of states had reported as required on their corrosion control methods, the primary way a lead problem is addressed.

The report recommended that the EPA require states to report data for small water systems, those most likely to fail to report, but the EPA folded this initiative into a revision of the Lead and Copper Rule that has not happened.

Without better data collection on lead contamination, Americans will never know how bad the problem really is in their communities.