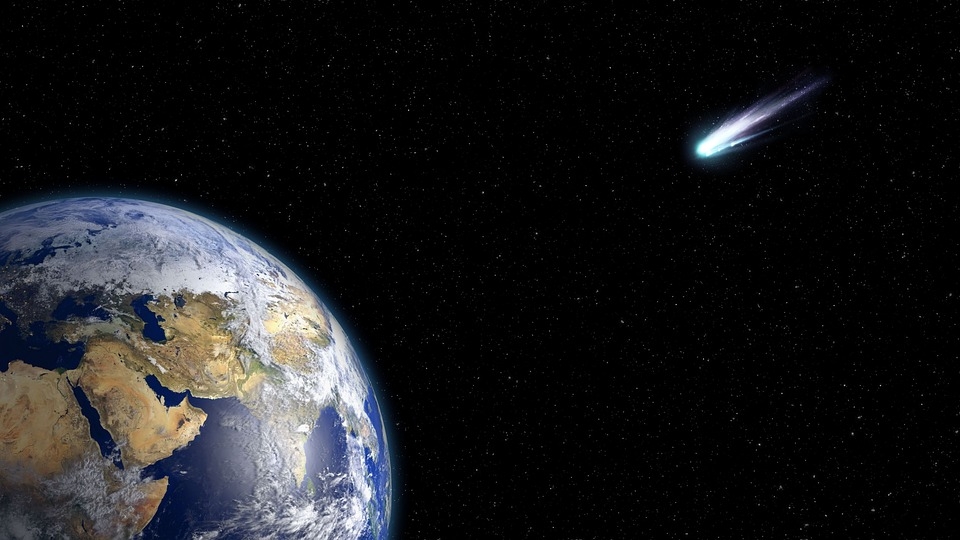 Hybrids of objects seen in space are very rarely sighted, until recently. NASA’s asteroid warning system in Hawaii recently spotted one hybrid of an asteroid and a comet known as Trojans.

Express reports that astronomers in Hawaii, with the use of the NASA-backed Asteroid Terrestrial Impact Last Alert System, were able to spot an unusual space object that was a cross between an asteroid and a comet. This hybrid is from a type of object that has the same orbit as Jupiter and is referred to as Trojans.

This Trojan was first discovered in June of 2019 and the Mind Planet Center formally referred to this rock as 2019 LD2. Astronomers who have kept tabs on this space rock have noted that it leaves behind a trail of gas or dust, making it seem like a comet. According to the scientists, these Trojans would be in their later stages if they leave trails of gas and dust.

“We have believed for decades that Trojan asteroids should have large amounts of ice beneath their surfaces, but never had any evidence until now. ATLAS has shown the predictions of their icy nature may well be correct,” said Queen’s University Belfast’s Alan Fitzsimmons.

This asteroid first flew by behind the Sun in the latter part of 2019 and early into 2020. However, it was only visible by April. When it appeared on ATLAS, it confirmed scientists’ predictions of its tail followed by over 40 comets that were since discovered.

Last week, a fireball was seen in the skies over Australia. Residents of Victoria, Australia were able to witness a meteor passing over the region. However, it was not a meteorite as it only appeared for 20 seconds and was slow-moving in pace. According to astrophysicist Jonti Horner of the University of Southern Queensland, the fireball was not an asteroid or meteorite but rather a piece of space junk re-entering the Earth and burning up upon contact with the atmosphere.

Horner explained that the rate it was moving was a telltale sign of it being space junk rather than a meteorite. Perry Vlahos from the Astronomical Society of Victoria also said that it may have been a small satellite, but nevertheless, it is still space junk.