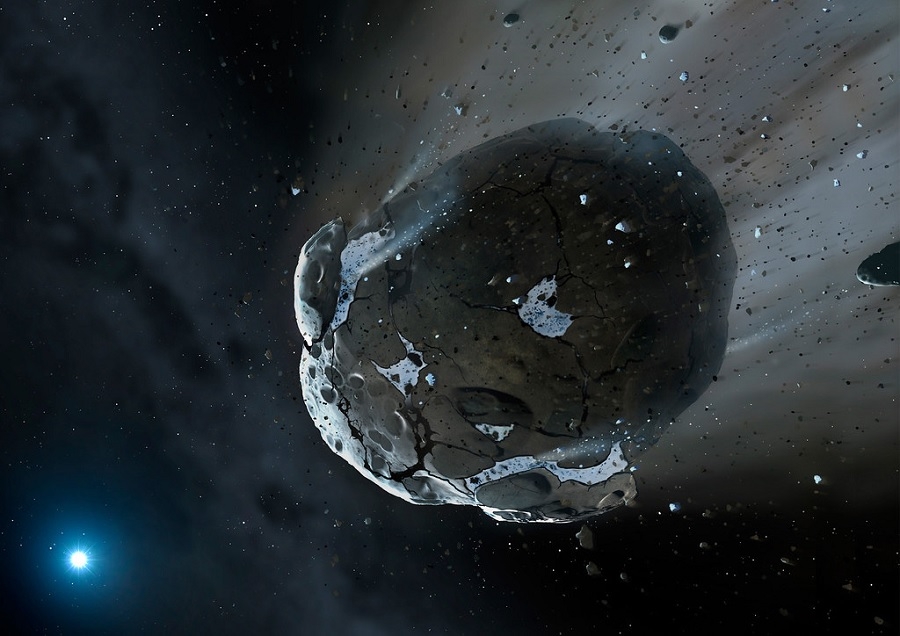 Seen in the photo is an artist's illustration of a watery asteroid in white dwarf star system GD 61. | Photo credit: NASA, ESA, M.A. Garlick (space-art.co.uk), University of Warwick, and University of Cambridge via Hubble ESA/Flickr.com

A 46-foot asteroid was recently detected by the European Space Agency (ESA) and is making headlines even though its next Earth close-approach will not happen within the next decades. Certain qualities of the asteroid have made it enter the list of risk and priority lists as it can reportedly collide with Earth in less than 100 years.

The ESA and its counterpart in the United States, the National Aeronautics and Space Administration (NASA), have dedicated departments that track movements of asteroids. Its top purpose is to help humanity prepare by knowing beforehand if an asteroid or a comet has any chance to hit the Earth’s surface. Thanks to the advancement in science and technology, aeronautics experts can track an asteroid’s movement for the next decades and even centuries.

One of the most recently detected asteroids that have been catching attention is the 2019 SU3, which already had two close-approaches this year in May and September. Per the available data from ESA, it will not pass by Earth’s orbit until 2038 and will have seven close-approaches through September 2084.

Its latest detected close-approach is not happening for the next 65 years, but its minimum possible distance from Earth at that time will be extremely too close for comfort. The ESA measures the 2019 SU3 will approach that planet in 2084 with a nominal distance from the Earth’s center of 0.00079 astronomical units or more than 73,000 miles away.

The 2019 SU3 has made it into ESA’s Risk List, where space objects with detected non-zero impact probability are being cataloged. The asteroid is also included in ESA’s Priority List, where the agency “addresses the problem of efficiently planning and executing [near-Earth object] follow-up observations.”

International Business Times reports that there is a 1 out of 152 probability of the 2019 SU3 making an impact on Earth in 2084. Having 73,000+ miles distance away from the Earth’s center does not guarantee a collision, but the same report suggests that several factors like changes in the gravitational pull could bring the asteroid closer to the planet. But, overall, 2019 SU3 is only 46-foot wide, so even if it hits the Earth, it should not cause severe damages that could end humanity.