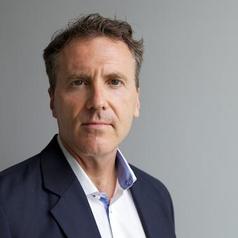 Here’s a snapshot of what a coalition of Philippines human rights groups describe as a “surge of extrajudicial killings of suspected criminals and drug offenders".

5.00am July 13: Evangeline Tan, suspected drug user but not on the city’s drug watch list | Dasmariñas City, Cavite | Found dead, body full of stab wounds and hands tied with an electric cord; found on the body was a paper saying, “Wag tularan, tulak ako (Do not imitate, I’m a drug pusher).”

Those fatality reports are from the Philippine Daily Inquirer’s twice-weekly “Kill List”, which tallies the killings of suspected drug dealers and users by police and unidentified vigilantes.

The “Kill List” records a “marked and unmistakable” rise in such killings amounting to 265 deaths between June 30, the day President Roderigo Duterte assumed office, and July 18.

That death toll in the two months following Duterte’s electoral victory dwarfs the 68 killings of suspects that police recorded during “anti-drug operations” between January 1 and June 15, 2016.

Police have attributed the killings to suspects who “resisted arrest and shot at police officers”, but have not provided further evidence that they acted in self-defence.

The Duterte administration has not put forward any policy proposals on criminal justice or crime control. He has been in office less than one month.

But the government’s rhetorical stance on the upsurge in police killings of criminal suspects shows that the disregard Duterte showed for Philippine law and international human rights standards during his campaign has become the presidential reality.

He had told his supporters on the election trail:

If I make it to the presidential palace … you drug pushers, hold-up men and do-nothings, you better get out because I’ll kill you.

At a pre-election campaign rally he promised a supportive crowd the mass killings of tens of thousands of “criminals”, whose bodies he would dump in Manila Bay.

At his inauguration, Duterte identified illegal drugs as one of the country’s top problems and vowed his government’s anti-drug battle “will be relentless and it will be sustained".

Now in office, Duterte has praised the killings as proof of the “success” of the anti-drug campaign and urged police to “seize the momentum“.

Against check and balances

After calls for a Senate probe of those killings, the Philippine National Police (PNP) chief, Director-General Ronald dela Rosa, on July 11 slammed these as “legal harassment” and said it “dampens the morale” of PNP officers.

That same day, Duterte’s top judicial official, Solicitor-General Jose Calida, defended the legality of the killings and opined that the number of such deaths was “not enough".

The PNP will soon make it easier for Calida to track the number of those killings. On July 18 it announced plans to erect outside the PNP’s Manila headquarters a large electronic billboard that will provide an updated tally of drug suspects either arrested or “neutralised” by police.

Official statements calling for what is effectively the extrajudicial killing of criminal suspects could make the officials responsible complicit in serious crimes. And an unwillingness to investigate alleged unlawful killings would be dereliction of duty.

There are already indications that some local politicians have taken inspiration from some of Duterte’s rhetoric during his election and enacted potentially abusive “anti-crime” measures.

Days after Duterte’s May 10 electoral victory, the mayor-elect of Cebu City in the central Philippines, Tomas Osmeña, announced he would pay a 50,000 peso (US$1,080) bounty for each “criminal” killed by his police force. Osmeña didn’t specify how police would determine the legality of such killings or the identity of the suspects.

The most sinister articulation of this approach has been the rise of “death squads” in cities in the southern Philippines linked to local police and government officials.

Human Rights Watch exposed in a 2009 report the operations of a death squad that operated in Davao City with the support of city officials and police. Hundreds of people deemed to be “undesirables” – petty criminals, drug dealers and street children as young as 14 – were killed.

Duterte, who served as Davao City’s mayor for 22 years, publicly applauded such killings.

There have been no prosecutions related to the Davao death squad operations and a federal inquiry was called off. There is evidence that the Davao death squad inspired a similar operation in the nearby municipality of Tagum City. This was linked to hundreds of killings and operated as a salaried arm of the municipal government.

Eroding the rule of law

In his inauguration speech, President Duterte pledged that his “adherence to due process and the rule of law is uncompromising”. The gruesome daily toll of police killings of criminal suspects demands that he deliver on that promise.

Duterte needs to demonstrate his commitment to due process and rule of law. He should urgently order a credible and independent inquiry into those deaths. The government needs to make clear that the human rights protections embodied in the constitution apply to all the people of the Philippines — even those that police may consider “criminals”.

Phelim Kine does not work for, consult, own shares in or receive funding from any company or organisation that would benefit from this article, and has disclosed no relevant affiliations beyond the academic appointment above.