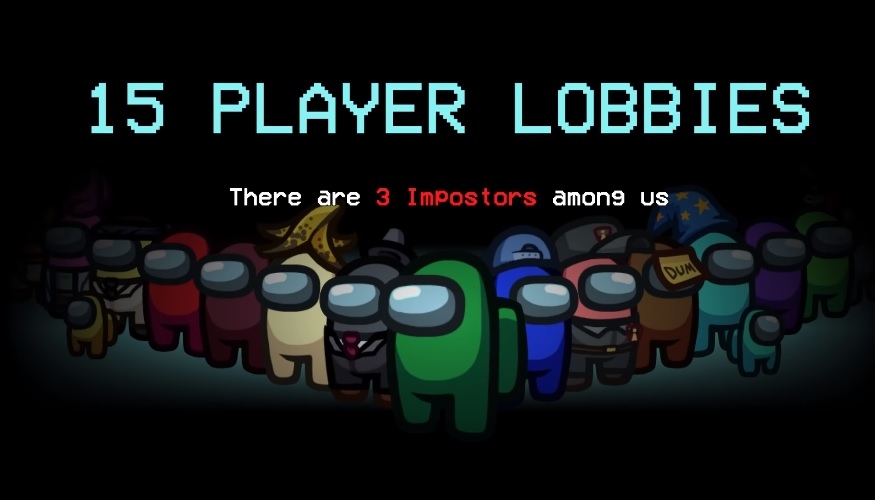 From the “Among Us” 15 player lobbies trailer | Photo credit: Innersloth via Xbox / YouTube screenshot

“Among Us” is getting a major update this week, developer Innersloth confirmed during the game’s surprise appearance at the Xbox-Bethesda E3 showcase on Sunday. The game will soon allow fans to join a crew of up to 15 players that will likely make finding the impostor even more challenging.

It can be recalled that Innersloth published a devlog just last Thursday confirming the new content and updates planned for “Among Us.” In the same post, the developer said details about the 15-player lobby and new colors were coming sooner than fans think. It turns out that the developer meant the popular multiplayer social deduction game was part of Xbox’s 90-minute presentation a few days later.

A trailer was released during the event that offers an early glimpse at the update confirmed to arrive this week. “Among Us” will soon support 15 players (up from 10) in a lobby. This should be a welcome change, especially for sessions that are set to have as many as three impostors.

“Among Us” players are also getting a set of new colors that they can use for free. In an earlier Twitter post, Innersloth offered a preview of the six new colors arriving in the game, including Tan, Coral, Banana, Rose, Gray, and Maroon.

look!!! at all the new!!! upcoming bean colours!! ???? which will u violently fight over to be your main?

aaand don't forget we just released our roadmap, which reveals our plans for the next few updates heheh

A small update to the Airship map is also going live this week as “Among Us” developers add the horn honking function. Lastly, mobile controller support will also become available once the update arrives on Tuesday, June 15.

Ironically, joining the Xbox showcase did not lead to a release date announcement for the “Among Us” launch on consoles. It has been months since Microsoft and Innersloth confirmed that the game is arriving on Xbox and PlayStation consoles. Until now, however, the developer only says its Xbox console release will happen sometime this year. Meanwhile, the game is currently available on PC (via Steam and Xbox Game Pass PC), Android, iOS, and Nintendo Switch.

Innersloth is also expanding the features available in the “Among Us” account system. In an upcoming update, players will be able to link their accounts across various platforms. “All your save data and cosmetics, available on your platform of choice,” the developer said.