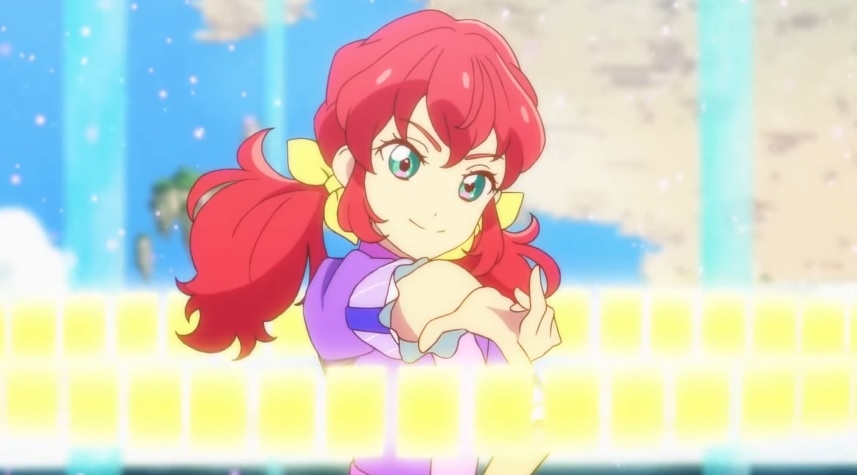 Wakaba is one of the newest additions in the anime series in the current season. His introduction to the show is linked to Mirai as she was chosen to be her protégé for a special program. Wakaba was one of the focus characters in episode 66 and fans would get to see more of her in “Aikatsu Friends” episode 67.

Wakaba was introduced in the premiere of season 2. She joined a special audition that Mirai organized called the Miracle Audition. Since then, the other characters have loved her presence due to her charming personality that fans have also learned to appreciate.

She wants to be an idol and make a name for herself. Episode 66 allowed the fans to see more of her and it appears from the short preview of “Aikatsu Friends” episode 67, she will share more screen time with Mirai.

The brief video teaser shows Wakaba and Mirai training in several ways. At one point, they are seen having a conversation with Karen. Then the “Aikatsu Friends” episode 67 preview shows them rock climbing and even jogging together at the park. Of course, Wakaba and Mirai are also going to spend some time in the recording with the latter looking proud of her protégé.

In the previous installment, it appears that someone related to Wakaba is going to be introduced. Some fans thought it is going to be her new friends, but others said it is her sister. In that case, having another new face in “Aikatsu Friends” episode 67 is a big possibility. And in the future of the series, Wakaba’s sister can also become her friend and the two would go to tours together. But it is still quite early to say.

“Aikatsu Friends” episode 67 is also titled “From Mirai to the Future.” Considering that and the episode preview, it is looking very likely that Mirai and Wakaba are going to be the main focus of the next installment. “Aikatsu Friends” episode 67 will air on Friday, July 25. Avid fans of the franchise might be delighted to know that the said date coincides with the birthday of Tsubasa Kisaragi from “Aikatsu Stars.”