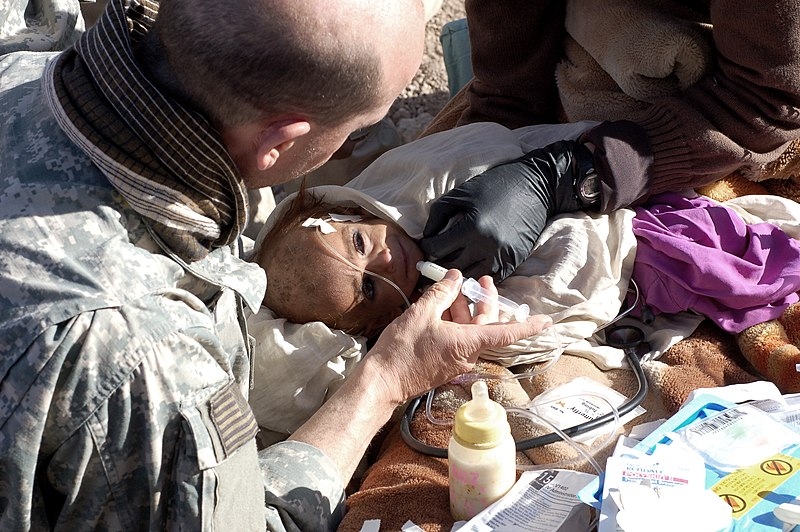 Weeks since the Taliban took control of Afghanistan, the ramifications of the takeover left the country facing one crisis after another. According to the United Nation’s World Food Programme, Afghans are in the midst of a food crisis.

The World Food Programme has warned that Afghanistan is in the midst of a food crisis. The organization noted that 22.8 million Afghans are facing acute food insecurity and 3.2 million Afghan children may suffer acute malnutrition. The food crisis follows the economic collapse of Afghanistan as a result of the Taliban’s takeover of the country that was already dependent on foreign aid.

“Afghanistan is now among the world’s worst humanitarian crises, if not the worst,” said WFP executive director David Beasley. “We are on a countdown to catastrophe.”

Major western powers have suspended the country’s monetary reserves and the World Bank and the International Monetary Fund has also stopped making payments to Afghanistan. The Taliban has also been blocked from accessing the reserves as countries plan their approach to the insurgent group’s administration. This has also resulted in the wages of civil servants and other workers being withheld.

The World Food Programme has also warned that the coming winter months pose another threat to Afghans who are dependent on humanitarian assistance to get by. Urban residents in the country are also experiencing food insecurity for the first time similar to those in rural communities.

“It is urgent that we act efficiently and effectively to speed up and scale up our delivery in Afghanistan before winter cuts off a large part of the country, with millions of people -- including farmers, women, young children, and the elderly -- going hungry in the freezing winter,” said UN Food and Agriculture Organization director QU Dongyu.

Previously, the UN said that it has established a trust fund to provide the needed cash directly to Afghans. This would be done through a system that taps into donor funds that were frozen following the insurgent group’s takeover back in August. The trust fund aims to inject money into Afghan households to allow them to get by in the coming winter season and remain in the country despite the current situation.