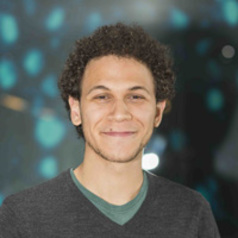 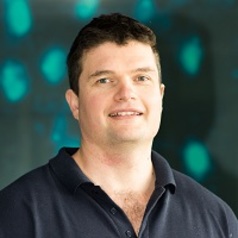 Brain regions exchange information by sending and receiving signals through a network of nerve connections.

This exchange is crucial to all aspects of the brain’s functioning, including how we experience the world, form and retrieve memories, and make decisions.

But scientists don’t have a clear idea of how signals find their way through the brain’s complicated wiring.

To understand this problem, our research team spent the past three years studying how brain regions communication with each other, and what we found can help us better understand how our brains function.

Using non-invasive MRI scans, we reconstructed the network of nerve fibre bundles of the human brain. This gave us a model of brain wiring, which we used to investigate how signals may travel between the brain’s regions.

There are three steps in the modelling of the brain’s network of nerve fibre bundles. First, we consider the human brain’s anatomy. Then we use MRI scans to create a 3D model of all nerve connection bundles. Lastly, we reconstruct the brain’s wiring network and use it to understand communication between brain regions. Left: Wikimedia Commons. Centre and right: author provided.

In our research, published in Nature Communications, we discovered that based on how our brains are wired, certain regions are better at sending electrical signals, while others are better at receiving them.

This is an important discovery because it helps us understand how neural traffic is directed in the brain.

Malfunctions in brain communication may be the cause of many debilitating mental health conditions such as depression and schizophrenia. By understanding how brain regions communicate with each other, we can potentially develop new treatments for such diseases.

In the brain, a nerve bundle connects two regions and allows signals to travel between them.

These connections can be one-way, where signals only travel in a single direction, or two-way, which allows communication both ways.

Scientists discovered this a long time ago by dissecting the preserved brains of humans and other animals.

Non-invasive MRI scans can tell us which brain regions have nerve bundles connecting them, but we can’t know whether they are one or two-way connections.

Also, if they’re one-way connections, we don’t know the direction of movement. This is a limitation of current brain scan technology.

Because scientists cannot tell the difference between a one or two-way connection in the brain, they usually assume all nerve bundles are two-way connections. This is a reasonable simplification in many cases, and has helped us understand a lot about the brain.

But this simplification makes it difficult to study the direction in which electrical signals are travelling. While we can study communication between two parts of the brain, it’s hard to know which region is sending signals and which is receiving them.

Our research helped us get around this problem.

Senders and receivers in the brain

To better understand, imagine you’re on vacation in Paris and decide to rent a car and go for a drive. You’re driving without a destination in mind when you serendipitously arrive at the famous Arc de Triomphe.

This is not a coincidence. Cities are designed so that important places are easy to get to from many locations. While it may be easy to drive from the car rental agency to the Arc de Triomphe, starting from the famous landmark and accidentally coming back to the agency is less likely.

Our research shows brain communication may work in a similar way. We found that certain regions are, on average, quickly accessible from everywhere else in the brain. We call these regions “receivers”.

Other regions are, on average, good at efficiently reaching most places in the brain, but may not be so easy to get to. We call these regions “senders”.

We found that the division of the brain’s regions into senders and receivers matches previous ideas about how the brain operates.

Senders are in charge of sensory signals such as visual or auditory information. They are the first regions to deal with information coming from the outside world, and can efficiently send this data to the rest of the brain.

On the other hand, receivers are important for complicated thoughts and problem solving. They act as meeting points for information coming from many other regions. They then collect and process this data, with the goal of ensuring our decisions make sense with what is going on in the outside world.

Our research shows that knowledge about sender and receiver regions in the brain can be obtained from a two-way connection model of the human brain’s wiring. Importantly, we reconstructed the wiring using non-invasive MRI scans.

Until now, scientists thought that understanding how the brain’s wiring directs neural traffic was only possible by dissecting the brains of humans and other animals after their death.

Our research introduces possibilities to better understand brain functioning in living people, and how disruptions in neural communication may lead to mental disorders.