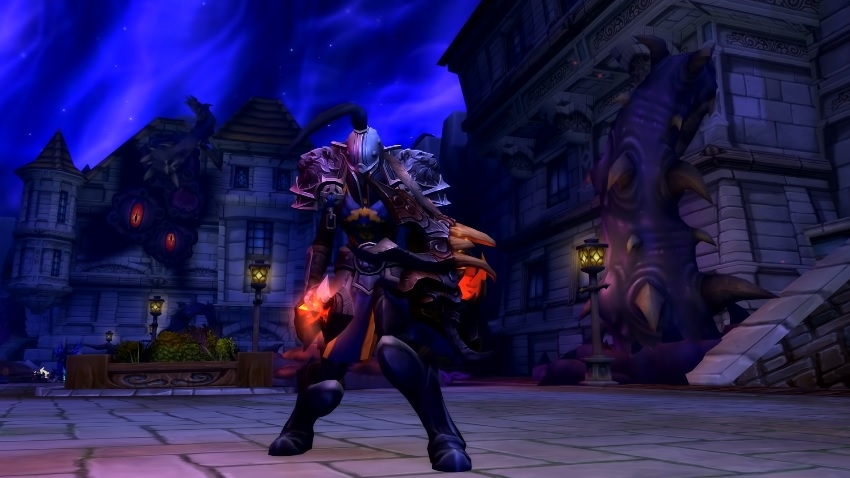 Significant updates have been recently applied to currently available and upcoming contents of “World of Warcraft.” Blizzard released a couple of hotfixes this week, allowing “Battle for Azeroth” players to corrupt their Season 4 crafted items. Meanwhile, new abilities have also been unveiled for Covenant classes in the next expansion “Shadowlands.”

‘World of Warcraft’ tips: How to corrupt items in Visions of N’Zoth

“World of Warcraft” players enjoying the latest content update in the “Battle for Azeroth” can now update their to-do list as Blizzard made the Preserved Contaminants available earlier this week. In a Tuesday hotfix, the Matron of Tenacity, Herald of Endless Research (MOTHER), started offering Preserve Contaminants that players can buy with the Echoes of Ny’alotha.

Different types of Preserved Contaminants have specific Corruption effects, and the set of available contaminants will change twice every week. This can be applied to Season 4 crafted items, but only to those that can be corrupted. Some items are not designed to receive Corruption effects, for example, the Azerite goggles and various kinds of alchemist stones like trinkets. While these options are now available to “World of Warcraft” players, they still cannot immediately corrupt an item upon being crafted.

“Shadowlands” is the next expansion of “World of Warcraft” and will introduce four Covenants that players can later join based on how they complete the lore or how they successfully level up. Once they align their characters with a specific Covenant, they will receive their signature abilities on top of class-specific abilities.

Blizzard added an ability called Sepsis for the Rogue class of Night Fae Covenant. As the name suggests, it lets the characters infect an enemy’s blood and cause Nature damage that lasts for more than 10 seconds. The Demon Hunter of the Necrolord Covenant received the Fodder to the Flame ability allowing it to initiate a duel to the death in the Theater of Pain against a Condemned Demon.

Considering that “World of Warcraft: Shadowlands” is still in development, many of its gameplay elements are still subject to change. This means the announced class abilities could still be tweaked, removed, or be expanded in the coming months until the expansion is released in late 2020.