‘World of Warcraft: Shadowlands’ release date, gameplay: Players can leave a Covenant and rejoin them but there will be consequences 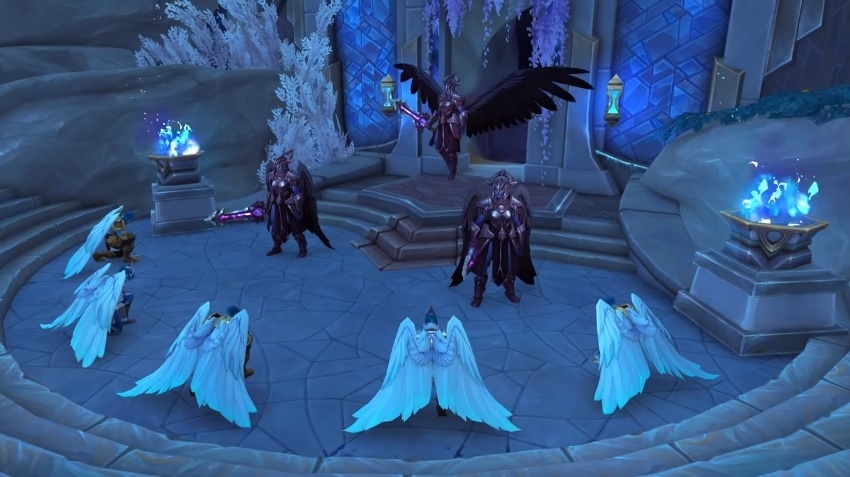 Joining one of the four Covenants is going to be one of the most important aspects of playing “World of Warcraft: Shadowlands.” It might not be an easy decision, and players might later find that they want to make changes. The good news is players will have the chance to change their answers later on, but it comes with some consequences.

‘World of Warcraft: Shadowlands’ gameplay: Why players should choose their Covenant carefully

Souls entering Shadowlands are supposed to be sent to either of the four zones, but the effects of wars in Azeroth have caused serious damages to the order of the afterlife. Souls are being sent directly to The Maw -- the game’s version of ultimate hell and eternal damnation only meant for the worst souls.

This tragedy in “World of Warcraft: Shadowlands” will also have its unique effects on each of the four zones, and it is up to their governing groups to help them bring order back in Shadowlands. Each zone is led by a Covenant: Kyrian for Bastion, Necrolord for Maldraxxus, Night Fae for Ardenweald, and Revendreth for Venthyr. When a character reaches the expansion’s new max level at 60, they can officially join a Covenant and acquire its special skills that should help them in their efforts to fix Shadowlands.

The good news is players can choose to visit other zones where they can have a different character to level up to 60. Simply put, the replayability option in “World of Warcraft: Shadowlands” will allow players to experience all four zones before they can choose a Covenant.

“World of Warcraft: Shadowlands” developers confirm that even after joining a Covenant, players can still change their mind by leaving the current group they are in and join a different one. But players will have to think hard about it before doing this big change.

Blizzard has yet to detail how the Covenant swap affects the players moving forward in “World of Warcraft: Shadowlands.” The developer told Wowhead, “Our current idea is that you can switch covenants although there is going to be a cost associated with it.” One possibility is for that consequences to manifest in microtransactions or for the players to experience more difficult gameplay mechanics after changing their Covenant.

Blizzard has postponed its “World of Warcraft: Shadowlands” presentation that was scheduled earlier this month out of respect for the ongoing worldwide protests against racism. The developer has yet to set a new date for the event, but it is a good indication that the expansion is still on track for the promised release date before the end of 2020.