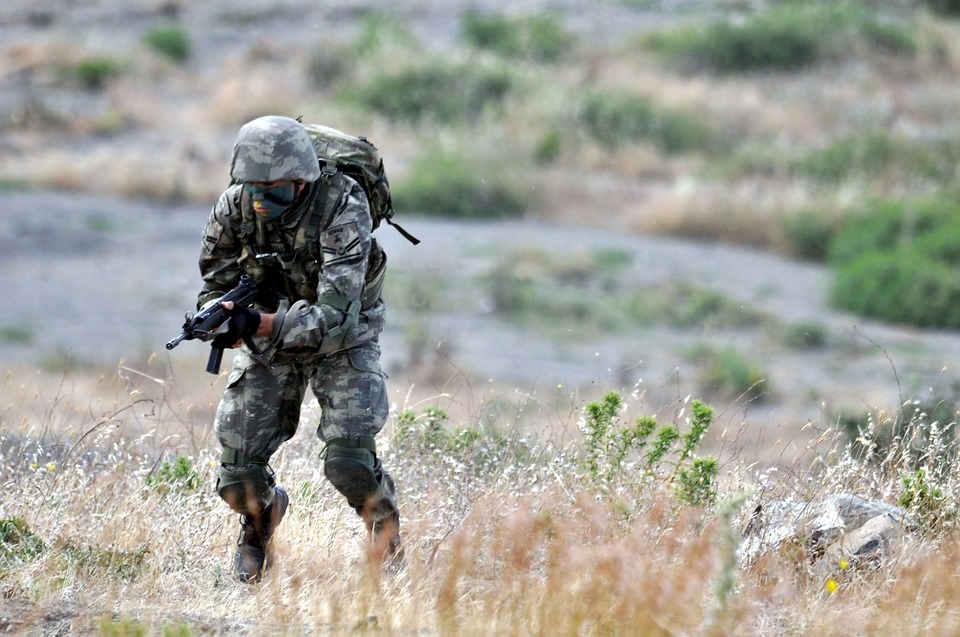 The dispute over the South China Sea has the potential to escalate into world war 3 if issues are not kept in check. In an effort to boast of its military firepower, China’s air forces recently completed drills to measure its preparedness.

Video footage of recent drills carried out by China’s air force circulated the internet, published by the state-owned New China TV Youtube channel. The drills by the air force were to determine and maintain the pilots’ constant vigilance in the event that they are deployed to deter threats or to be on the offensive. Part of the training involved low-altitude sea defense penetration, live ammunition discharge, and airborne assaults. The footage showed China’s military helicopters flying in formation and taking out land and sea targets with live ammunition. Troops were also shown jumping out of helicopters and descending to the ground via rope.

The recent military drills come in light of rising tensions between China and the United States over the South China Sea. Chinese forces have already established military bases in unoccupied islands and patrolling the waters even within the territories of the South China Sea’s surrounding countries. China has insisted on having sovereignty over most of the waters.

The bases are also being monitored by US military forces as Washington is determined to maintain the peace and deter Beijing’s probable overstepping of the status quo. The US is keen on making sure of a free and independent Indo-Pacific region in line with international rules.

China’s conflict with India may also be a potential trigger of world war 3. With the Communist nation keen on exerting control even on Indian territory along the Himalayan border, China is already paving a huge road spanning 500 miles. The Karakoram highway that is being built will be linking Astore in northern Pakistan to Yakan Count in northwestern China. This would give China a new route to transport artillery to the disputed Ladakh border.

This move indicates the alliance that China has with Pakistan, which also has its own nuclear stockpile. Pakistan also faces conflicts with India over the Kashmir region. The alliance would be an attempt to place pressure on India over the border and according to Indian military analysts, allow China and Pakistan to attack India on two fronts.