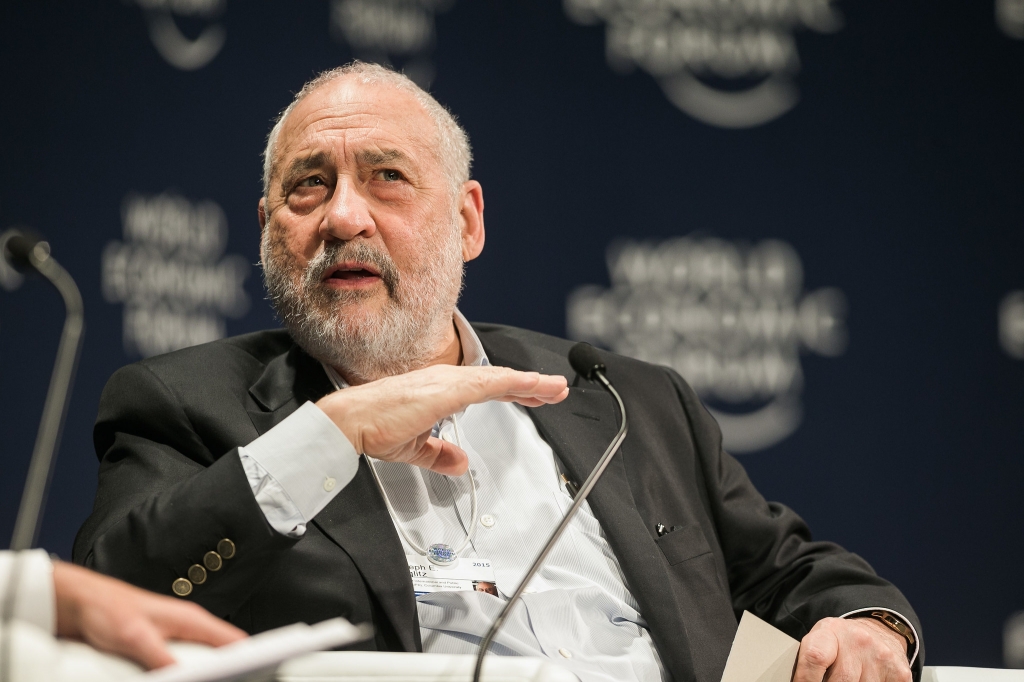 Joseph E. Stiglitz, professor at Columbia University and winner of the 2001 Nobel Prize for economics, speaks at a World Economic Forum event in 2015. Stiglitz has referred to inflation as ‘that lurking bogeyman that is more fantasy than real threat nowadays’. Benedikt von Loebell/WEF 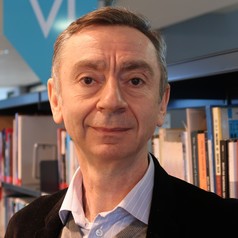 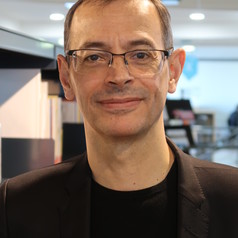 The Covid-19 pandemic has caused worldwide economic devastation. In the EU and the United States, many early emergency measures sought to address the shortcomings and disorganization of health care systems. Other policy measures were textbook demand-management and liquidity-provision programs, not unlike those adopted during the 2008-2009 global financial crisis.

While many economists called attention on the supply-side impact of a pandemic-driven economic crisis, policy measures implemented in 2020 mostly discarded this caveat. Assuming that the demand shock is much stronger than the supply shock, the fall in output could only be accompanied by stable or falling prices. This dominant mindset is summarized by economist Joseph Stiglitz, who in February 2021 referred to inflation as a “bogeyman that is more fantasy than real threat nowadays”. 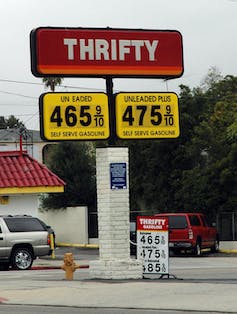 Over the last 25 years, inflation has been remarkably low, exceeding 4% only briefly. Shown, a gas station in San Pedro, California, in 2008. CC BY

Given the current circumstances, central banks can and even should subordinate their action to whatever fiscal policy requires. And because a central bank is the lender of last resort, the government can spend what it takes to restore full employment, which is exactly what proponents of Modern Monetary Theory (MMT) assert.

To be fair, in the last 25 years inflation has been remarkably low, not only in structurally crippled economies such as Japan, but also in dynamic economies that have experienced episodes of high growth. In the United States, the inflation rate exceeded 4% only briefly in 2005 and in the wake of the Global Financial Crisis of 2008. Since the creation of the European Monetary Union in 1999, the inflation rate exceeded 4% only for a few months in 2008. Inflation skeptics point out that the inflation was low despite central banks engaging in massive asset-purchase programs that multiplied their balance sheets by a factor of four. However, they put less emphasis on the fact that the monetary base did not increase much, with many commercial banks holding huge amounts of reserves with the central banks.

In our view, inflation has not been eradicated by some magic spell. We will strive to explain why it was so low during these last 25 years. This analysis will allow us to call attention to how the Covid-19 shock could push us from a low- to a high-inflation regime, with major implications for monetary and fiscal policy.

Low inflation in the past

Because we adopt a short-term perspective, we will leave aside the quantity of money explanation of inflation (David Hume, Irving Fisher, Milton Friedman), and just call attention on the unusual acceleration of monetary aggregates in the euro area and the United States in the last few months of 2021. The explanation we use here relies on the expectation-augmented Phillips curve, which has been for decades the dominant policymaking framework.

Here, a key factor driving inflation is the tension between aggregate supply and aggregate demand. These are not accounting concepts; both aggregates react to various economic variables according to well-established principles. There should be an amount of goods for which all the available resources, namely labor and capital, are used close to their full capacity, which is refereed to potential output. If demand for a good becomes too strong, wages will go up and, sooner or later, firms with market power will increase their prices to preserve their profit margin. This is the output gap determinant of inflation.

On the other hand, how wages and prices evolve depends in an essential way on employees’ inflation expectations. If they believe prices will increase in the future, they tend to be more demanding during wage negotiations, and wages and prices can in turn rise. In the modern versions of the Phillips curve theory, expectations of future inflation enter as an inflation determinant, as they capture firms’ response to expected cost increases.

The low inflation observed in the last 25 years, even during upward sequences of the business cycle, could be explained by:

How have central banks managed to anchor inflation expectations? To use the words of Gary Becker, by “relentlessly and unflinchingly” pursuing a policy of low inflation. Doing so requires making hard choices. By resisting politicians’ calls for depreciating the currency or cutting interest rates whenever the latter were not happy with the unemployment numbers, central banks built their reputation capital. Unfortunately, as we know from private life, if it takes years to build reputation, it takes minutes to destroy it.

Many have understood the Covid-19 recession as a demand crisis, similar in all respects to the 2007-08 global financial crisis. Because consumption and investment fell, a sufficient policy answer is to substitute public spending for the missing private spending. This neglects the fact that, in many sectors, the 2019 output just cannot be produced. In other cases, goods and services can be produced, but at much higher costs. Furthermore, some of the resources have been oriented toward production of goods that in normal times are not widely needed (surgical gloves, masks, respirators, even vaccines).

In the EU and many US states, governments imposed strict lockdowns, and in some countries did so for more than a full year. Restaurants, theaters, hotels, many leisure activities, were and still shut down. Sanitary restrictions were implemented in factories, slowing production and raising costs. Schools were shut, forcing people to stay at home and drop their productive activities when distance work was not an option. Obligatory distance work was initially perceived by some as a benefit, yet for others it has eroded staff morale and focus. The disorganization of the world supply and distribution chains, the shortage to temporary construction and agriculture workers, even shortages of shipping containers, all had widely felt impacts on production costs.

Increases in costs erode profit margins and can prompt firms to raise prices. The protectionism (nationalistic) mood in major economies – including in the United States under both the Trump and Biden administrations – is reducing the competitive pressure on prices.

All these changes can lead to a contraction in potential output. Pretending that the pre-pandemic national production level can be achieved by increasing public spending is simply fallacious. No matter how many dollars, euros, or pounds people hold in their saving accounts, if the restaurants are closed by decree, the restaurant sector output will be zero. If the overall demand increases, but it costs more to produce a given amount of input, an increase in prices is unavoidable.

Harvard economist Laurence Summers has asserted that adding Biden’s $1.9 trillion stimulus package to the $3.1 trillion deficit that the Trump administration ran up in 2020 has the potential to revive inflation “of a kind we have not seen in a generation”. In response, Stiglitz argues that if inflation rises, the Federal Reserve will simply increase the short-term interest rate as it did in the past. Furthermore, as echoed by proponents of MMT, should inflation return, the government can increase taxes on those with higher incomes.

A regime shift is under way

It is enough to read the economic news media to realize that commodity prices are edging up. In particular, at $67 a barrel, oil is now back to the pre-pandemic level, with consequences on transport and energy prices. Combined with shortages of electronic components and spare parts, this is leading to higher production prices (1.3% increase in January from previous month in the United States, and 1.4% increase from previous month in the EU). In the euro area, deflation of December 2020 (-0.3%) turned into inflation (+0.9%) in January 2021, driven by a one-off statistical readjustment of the consumption basket, and the unwinding of the emergency VAT cut in Germany.

In the past, central banks focused on price stability. These days, many appear to be less concerned, as noted by Andrew Haldane, chief economist of the Bank of England. In the United States, the Fed altered its policy in 2020 to allow for a higher than 2% inflation rate until output returns to pre-pandemic levels.

In the euro area, the ECB’s chief economist, Philip Lane, comments that the bank is “closely monitoring” bond yields. On March 1, the Australian Central Bank decided to steer its bond purchase program to unravel the increase in long-term yields. Continued support to the bond marked is a wrong signal to send if the original selling movement in bonds is determined by raising inflation expectations.

With a supply shock on the one hand, and governments engaged in massive spending plans and central banks ready to support them by monetizing debts on the other hand, there is little left to keep inflation expectations under control.

Today only a minority of economists, investment firms and policymakers expect inflation to return, but it is an essential, informed minority. Since the beginning of the year, investment fund managers are actively hedging against inflation. In his February 26 letter to investors, Warren Buffet recommended avoiding the bond market, where rising inflation expectation should entail bigger losses. He was correct in 2001 and 2008, and he could well be correct now.