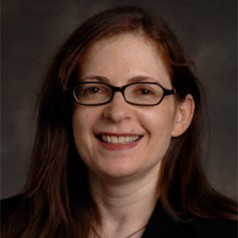 The Justice Department won’t file federal charges against the New York City police officer responsible for the death of Eric Garner. With the statute of limitations having run out, the case, legally, is closed.

The decision, announced almost exactly five years after Garner was pronounced dead following a confrontation with police officers in Staten Island on July 17, 2014, has sparked renewed objections from his relatives, activists and politicians.

Every officer involved has remained on the force, and no criminal charges have been filed. Daniel Pantaleo, the officer caught on video with his arm around Garner’s neck, was assigned to desk duty, but has stayed on the department’s payroll and even received an increase in his overtime pay.

Given the brutality of Garner’s death, it is hard to accept the lack of federal charges. But as a former federal prosecutor and a criminal procedure professor who studies how prosecutors handle police violence cases, the outcome doesn’t surprise me.

Local prosecutors are often reluctant to prosecute the officers they work with to investigate cases and often count on for political support. And existing law gives the police the benefit of the doubt in most situations. Based on my research, it seems that this is just how the justice system works.

The case’s basic details are not contested. Pantaleo, who is white, was among a group of officers who approached Eric Garner, who was black, during a routine arrest for selling untaxed, loose cigarettes.

The encounter, which a bystander shot using his phone and the city’s medical examiner ruled a homicide, soon turned contentious. It culminated with Pantaleo taking Garner down with his arm wrapped around his neck as they both fell to the pavement. Pantaleo is seen shortly afterward on the video pressing down on Garner’s head as other officers crowded around him.

A few months after Garner’s death, the Staten Island district attorney announced that he had presented the case to the grand jury, but did not obtain an indictment.

But the fact is that it is extremely difficult to bring charges against on-duty cops for excessive force.

The Supreme Court ruled in 1989 that in police use-of-force cases, allowance must be made “for the fact that police officers are often forced to make split-second judgments – in circumstances that are tense, uncertain, and rapidly evolving – about the amount of force that is necessary in a particular situation.”

Ever since, few juries have found police officers guilty of using excessive force. Since 2005, only 35 officers have been found guilty of charges related to killing civilians.

Because of the Constitution’s protection against double jeopardy, which prevents anyone from being charged twice for the same crime, people aren’t usually prosecuted more than once for a single incident. But because U.S. law considers the states and the federal government to be legally independent jurisdictions, the Justice Department can indict an officer who has previously been charged under state law, even if he was acquitted.

When excessive force prosecutions against police officers don’t result in a conviction at the state level, the local U.S. attorney’s office may indict the officers for violating a person’s civil rights. This happened most notably in 1991 in the case of Rodney King, the black motorist who was beaten by Los Angeles police officers, and recently after the South Carolina mistrial of police officer Michael Slager, for shooting Walter Scott, another unarmed black man, in the back.

But the type of proof needed to bring a federal civil rights case is much more demanding than for a state criminal case. While there are numerous state charges that might be brought against an officer who causes the death of a civilian, from murder to manslaughter to reckless endangerment to assault, there is only one route for a civil rights case.

In those cases, prosecutors must prove that officers used excessive force against a person, generally defined as force that was clearly unreasonable in the circumstances. In addition, they have to prove that the officer’s actions were “willful.”

And willfulness is “the highest standard of intent imposed by law,” as the U.S. Attorney in Brooklyn, Richard P. Donoghue, said in his public statement about Pantaleo. “An officer’s mistake, fear, misperception or even poor judgment does not constitute willful conduct under federal criminal civil rights law.”

Many news outlets reported that the decision to close the Garner case happened once U.S. Attorney General William Barr ordered the case dropped, overruling the Civil Rights Division in his own department.

Barr does have a dismal civil rights record. While serving as President George H.W. Bush’s attorney general, Barr released a report titled “The Case for More Incarceration.” And the Trump administration has generally quashed attempts to reform policing.

All of this makes it tempting to interpret this move as driven by political and racial motives. But I’m not sure the outcome would have been different with someone else in the White House.

In fact, disagreements on whether the case could be successfully prosecuted in federal court also snarled proceedings during the Obama administration.

When Donoghue gave a detailed explanation for his decision, he took an unusual step. Most of the time, as happened in state court in Staten Island, not only do officers not get charged, but the reasons why are shrouded in secrecy. Instead, Donoghue gave a painstaking explanation of the ambiguities in the video, the conflicting medical expert reports, and the reasons why he believed the high standard of intent could not be proved beyond a reasonable doubt.

The fact that the arrest was for something so trivial, that the officer was white while Garner was black, and above all that Garner’s repeated last words, “I can’t breathe,” were clearly audible, mean that many people will never feel that justice was done.

But the path to prosecution was extremely narrow.

I once served in the United States Attorney’s Office for the Eastern District of New York, which Donoghue now runs. I hate the fact that it seems that there will be no true accountability for Eric Garner’s tragic and avoidable death and I question whether this system serves the public interest.

Yet I’m not sure that I could have reached a different conclusion myself.