Why politicians and television still need each other 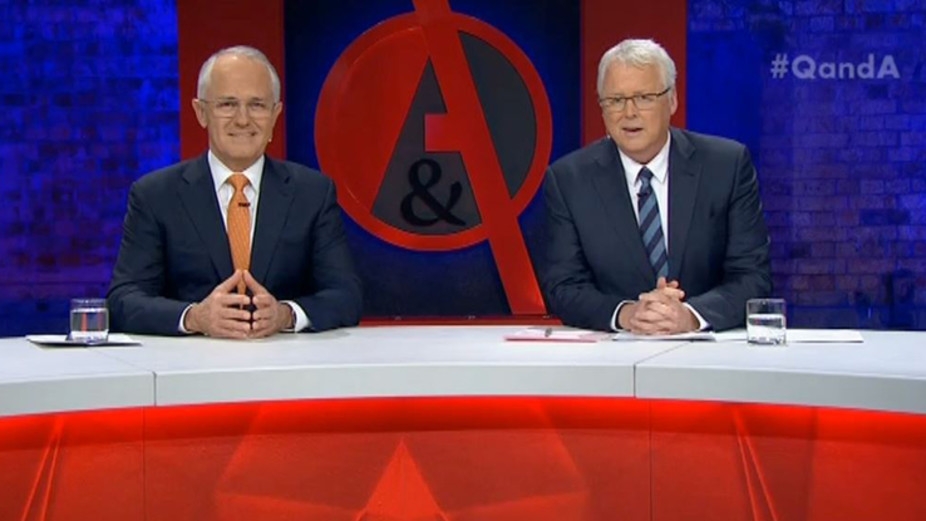 Malcolm Turnbull goes it alone on Q&A with host Tony Jones ahead of the 2016 federal election. ABC iView 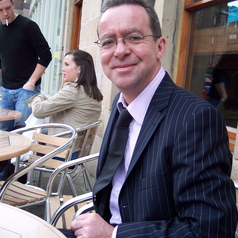 We are living through a period of particularly combative media-politics relations, driven largely by the Trump presidency and the ongoing “fake news” debate. But, as an ABC Rear View documentary reminded us recently, tension or outright hostility between politicians and journalists is far from new.

For decades, in every democratic country with a genuinely free and independent media, the two groups have danced around each other like reluctant suitors. There has been occasional bursts of name-calling, sulking and tears when it all goes pear-shaped.

The truth is, both groups need the other.

Politicians need the media to communicate with citizens. Media organisations rely heavily on political stories as a key source of news and commentary. The more that media platforms and outlets have proliferated – to the point where we inhabit a 24-hour real-time news culture with global reach and influence – the more mutually dependent the relationship becomes.

It took a long time for politicians to wake up to the fact that, in addition to their key democratic function as the Fourth Estate, media organisations can be an ally in political communication. Not so long ago, many politicians were still reluctant, even sniffy, about appearing on shows like the ABC’s Q&A, or infotainment hybrids such as The Project.

They saw primetime public performance as dumbed-down politics. Others genuinely feared failure in such exposed platforms, particularly when programs went out live.

But audience expectations have changed with the gradual decline of deference towards political elites, which began in the 1960s. It has become a recognised requirement of the professional politician to engage with citizens in the places where they are. The interaction is no longer just the town-hall meeting or campaign hustings of the analogue era, but in the living room, on the TV, and on social media.

Sometimes, as in Q&A, citizens are physically present in the arena, asking questions and making comments. To be seen to run scared from such engagement can damage a politician, while enthusiastic media performance brings rewards in terms of publicity and policy promotion.

The former British prime minister, Tony Blair, was good at it, as was Australia’s former prime minister, Kevin Rudd, who emerged as a potential leader not least because of his apparent likeability on breakfast TV.

Tony Abbott came over well on Q&A, as did his treasurer, Joe Hockey, only to fall out with the ABC over its journalism and direct his ministers to boycott Q&A. It was not a good call, if his short-lived premiership is anything to go by.

In the digital age, when audiences are fragmenting and diversifying across TV, radio, online and (still) print platforms, an ambitious politician has more opportunities to make a splash than ever before.

Hard-hitting journalistic formats such as the ABC’s 7.30 and RN Drive remain key platforms for politicians to articulate and defend their policies. Malcolm Turnbull has adopted a noticeably more active strategy on this front than his predecessor. More than half his media interviews in his first six months as prime minister were given to the ABC.

Commercial radio talkback programs such as those helmed by Alan Jones, Ray Hadley and Paul Murray are also important venues for senior politicians to reach their audiences. But they do risk a bollocking if they don’t see things the presenter’s way.

Jones famously declared, at a time when Turnbull was boycotting the show, that “no-one has ever won an election by not appearing on my program”. Although such a connection is hard to prove, few aspiring politicians have the nerve to avoid the behemoths of Australian commercial radio.

If the above are inquisitorial, often critical examples of the traditional Fourth Estate function of the political media, politicians are increasingly seeking a “softer” mode of media engagement.

They love to be invited onto The Project, for example, knowing they may be gently satirised as part of the show’s “infotainment” ethos. But they can also be allowed to show another, more human side of their personality than they can when batting away tough questions from Leigh Sales on 7.30.

As US president, Barack Obama won over many hearts and minds with his appearances on Jon Stewart’s Daily Show. Tony Abbott appeared on Big Brother in his successful 2013 election campaign. He was judged to have done quite well in targeting a section of the electorate that is less likely to tune into Lateline. ABC’s Kitchen Cabinet has become established as a leading political media format, with its domestic setting and human-interest approach to what makes politicians tick. Its audience ratings indicate that the Australian public enjoys this more intimate approach to political content. Perhaps viewers see it as presenting a valuable insight into the “real” person behind the more conventional political rhetoric.

As seen most dramatically with Donald Trump’s government by tweet, the rise of social media has opened up a whole new sphere of digital communication that bypasses the Big Media platforms of TV and radio. The latter still reach vastly bigger audiences than the average tweet or Facebook post, and command a credibility that seems sure to last for at least a few years more.

The challenge for TV and radio producers is to devise political content formats – Kitchen Cabinet being one excellent example, The Project another – that combine the reach of traditional broadcasting with the contemporary audience demand for access to the real, the authentic, the human in their political representatives.

Brian McNair receives funding from the Australian Research Council. He is a Chief Investigator within QUT's Digital Media Research Centre, and the co-author of Politics, Media and Democracy in Australia (Routledge, 2017, forthcoming).