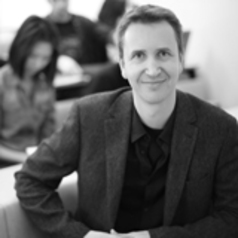 The Panama Papers have brought the powerful role of whistleblowers back into the public consciousness. Several years after WikiLeaks’ Cablegate and the Snowden revelations, the next big leak has not only caused the downfall of Iceland’s prime minister (with others possibly to follow), but has demonstrated that the practice of exposing hidden information is very much alive. The struggle over controlling this kind of information is one of the great conflicts of our times.

It might seem that such leaks are rare. WikiLeaks’ publication in 2010 of the Iraq and Afghanistan war diaries and of US diplomatic cables brought major political repercussions, but public interest in WikiLeaks has fallen since. Whistleblower Edward Snowden’s revelations in 2013 about mass surveillance programmes by US and British intelligence services returned the power of the leak to the spotlight, triggering new legislation in the UK in the form of the Investigatory Powers Bill. But no mass movement of whistleblowers appears to have emerged in their wake.

Nevertheless, plenty has been going on. WikiLeaks has continued to expose hidden information, including files on Guantanamo Bay operations, secret drafts of the controversial TPP trade negotiations, and more recently a recording of an IMF meeting that provides significant insights into current conflicts between the IMF, the EU and the Greek government in their handling of the eurozone crisis. Other leaks include those that revealed HSBC bank helped clients conceal their wealth.

Old-world and new-world media organisations have developed processes to deal with anonymous data leaks and protect the safety of the whistleblowers. Organisations such as the New York Times, The Guardian and Al-Jazeera use secure digital dropboxes for depositing files anonymously. Major publishers established collaborations to share resources and expertise in order to analyse and make sense of the huge amount of data quickly and to maximise international exposure.

And beyond the major news organisations, a culture of “leaks activism” has emerged. Hacktivist groups such as Globaleaks have developed technology for secure and anonymous leaking. Local or thematically-oriented initiatives provide new opportunities for whistleblowers to expose secret information. Citizen Leaks in Spain, for example, acts as an intermediary that accepts leaks, reviews them, and sends them on to partner newspapers. Run by Xnet, an anti-corruption group, Citizen Leaks has helped uncover major cases of corruption in Spain that brought to court leading Spanish politicians such as former minister of the economy and chairman of Spain’s largest bank, Rodrigo Rato.

As intermediaries rather than publishers, those such as Citizen Leaks remain largely invisible to the public. But their role is crucial to expose corruption and other wrongdoings and so they are an important feature of the changing media landscape. Following the WikiLeaks revelations in 2010-11, US scholar Yochai Benkler conceptualised this emerging news environment as a “networked fourth estate”, in which classic news organisations interact with citizen journalists, alternative and community media, online news platforms, and new organisations such as WikiLeaks and Citizen Leaks. In Snowden’s case, he (the whistleblower) worked with documentary filmmaker Laura Poitras, independent journalist and former lawyer Glenn Greenwald, and The Guardian, a traditional media organisation.

Leaks activist groups and platforms are increasingly relevant because digitisation makes it easy to collect and transmit vast troves of data. The 7,000 pages of the Pentagon Papers that Daniel Ellsberg had to photocopy in 1971 would be a small PDF file today, while the huge amounts of documents that comprise the Panama Papers would have been impossible to leak in pre-digital times.

No love lost for whistleblowers

Consequently, as organisations become more vulnerable to leaks they try to protect themselves through other means. The Insider Threat Program adopted for US public administrative agencies requires employees to report to their superiors any “suspicious” behaviour by colleagues.

Under the Obama administration more whistleblowers have been prosecuted than under all previous Presidents combined. Chelsea Manning was sentenced to 35 years in prison, Julian Assange is holed up in the Ecuadorian Embassy in London, and Snowden lives in exile in Russia. So as leaks become more common, the response by states and corporations becomes harsher.

Whistleblowers are exposing the secrets of the powerful and the foundations on which contemporary political and economic power relations are built. Activism based around hacking, leaks and the release of data has put tools to affect world politics into the hands of those outside the classic structures of power and influence. Yet as previous high-profile leaks have shown, the degree and direction of change is far from clear, and there’s no doubt that the consequences for whistleblowers can be life-changing. With the stakes rarely higher, the struggle to control information is likely to stay at the top of the political agenda.

Arne Hintz receives funding from the Economic and Social Research Council for the project 'Digital Citizenship and Surveillance Society: UK State-Media-Citizen relations after the Snowden leaks'.