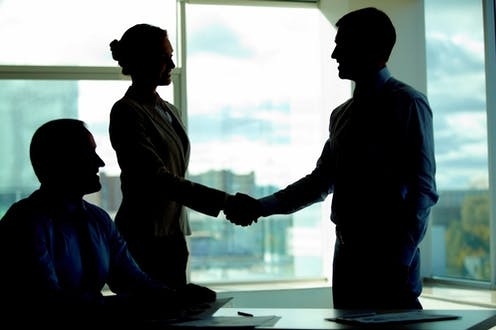 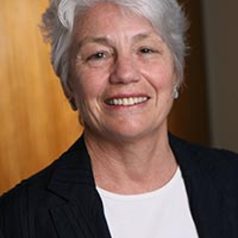 How we roll out vaccines is recognised as more important to the success of vaccination programs than how well a vaccine works. And the “last mile” of distribution to get vaccine into people’s arms is the most difficult.

The Morrison government, confronted with a public service ill-prepared for big challenges and with no expertise in rolling out vaccines nationally, has contracted out many aspects of the COVID vaccine rollout to a range of for-profit companies. These include strategies and planning, vaccine distribution, delivery of vaccination programs in aged care, and systems meant to monitor these activities.

To date, vaccine rollout efforts have been clearly inadequate. Government planning has not involved all the possible players and there was no attempt to involve the states and territories in a concerted national effort. Companies have been contracted to give overlapping advice and to provide services where that expertise already exists.

The lack of transparency about how some of these contracts were awarded is also an issue, along with whether the expenditure of taxpayers’ dollars is delivering value and the needed outcomes.

Calling in the consultants

From late 2020, the federal government engaged a raft of consultancies to provide advice on the vaccine rollout. Companies PwC and Accenture were contracted as lead consultants.

PwC was described as a “program delivery partner”. It was engaged to oversee “the operation, and coordinate activities of several actors working on specific functional areas, including — for instance — logistics partners DHL and Linfox”. In other words, PwC was contracted to oversee other contractors.

Accenture was engaged as the primary digital and data contractor to develop a software solution to track and monitor vaccine doses. This included receipt of vaccines by health services, vaccination of patients and monitoring adverse reactions. It received at least A$7.8 million for this work. It is not known if any of these products were delivered or are in use.

McKinsey received a two-month contract worth A$3 million to work with the health department on vaccine issues; EY was contracted for A$557,000 last November to deliver a “2020 Influenza Evaluation and Covid Vaccine System Readiness Review”. Later there was a A$1 million contract to assess vaccine system readiness and provide advice on on-shore manufacturing.

Despite all this “expert” — and expensive — advice, the vaccination rollout has become a shambles and is far behind schedule. So the military (Lieutenant General John Frewen) has been called in to take “operational control of the rollout and the messaging around the rollout”.

Let’s look at distribution and logistics

The value of the contracts remains undisclosed. However, the 2021-22 federal budget provides almost A$234 million for vaccine distribution, cold storage and purchase of consumables.

The decision for these companies to be involved in vaccine distribution shocked many in the pharmaceutical supply industry. The government already has a well-established mechanism to supply pharmaceutical products to the most remote areas. It already does this via pharmacies and other outlets as part of the community service obligation funded under the Community Pharmacy Agreement.

This supply network, for which the government pays A$200 million per year, involves a small number of pharmaceutical wholesalers with decades of experience in delivering to pharmacies. In remote areas, the network also delivers to medical services and doctors’ offices. It’s the same network used every year to deliver flu vaccines.

Pharmaceutical wholesalers offered their expertise. But the government did not approach them to undertake this work. The federal government also ignored the capabilities of state hospital systems, which routinely deliver time-sensitive items such as radioisotopes and blood products.

The federal government took on responsibility for vaccinating people in aged and disability care, and GP respiratory clinics. It has contracts totalling A$155.9 million with Aspen Medical, Healthcare Australia, Sonic Healthcare and International SOS to deliver these services.

Despite the fact these companies were selected in January, planning has been abysmal.

Only now have most residents in aged care facilities been fully vaccinated. Meanwhile many workers in these facilities and people receiving and delivering care in the community are yet to receive a jab.

‘We’re getting blamed for everything’: Aged care worker frustrated over vaccine rollout https://t.co/mL1ItUFQDq

The health department has not made these contracts public, citing “commercial-in-confidence” issues. There has been confusion about what the contracts covered and concern the firms involved are significant Liberal Party donors.

There have been widespread logistical problems with juggling vaccine deliveries, having the workforce available to do vaccinations, and demand. Poor planning has led to cancelled vaccinations in aged care and thousands of doses thrown away in one clinic after problems with temperature-controlled storage.

The key task now is to get all Australians vaccinated.

This will require a competent, reliable and integrated system operating at full efficiency. Those aspects of the system that are the responsibility of the federal government (or its contractors) must be better coordinated with the efforts of the states and territories, GPs and others involved in the vaccination rollout. That should be a key responsibility of Lieutenant General Frewen.

The effort to get more Australians vaccinated requires the public having trust in the system that will get us there and the communications that accompany that.

We have no way of knowing what advice the government has received and indeed, whether that advice was implemented. For-profit companies have been contracted to perform vital services, but we do not know at what cost to taxpayers and whether key performance indicators are being met — or even if they exist.

Openness and transparency are the pillars on which trust in government is built. Currently they are sadly lacking.