We don't need another inquiry into family law – we need action 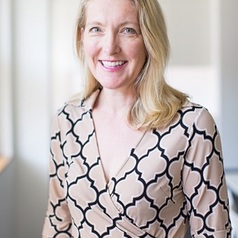 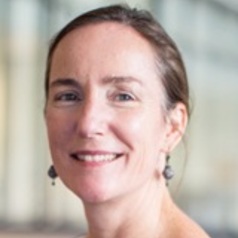 Over the next 12 months, a joint parliamentary committee will examine Australia’s family law system. It will be led by conservative Liberal MP Kevin Andrews and One Nation leader Pauline Hanson.

But it would appear the driving force behind this new inquiry is Hanson’s recent unsupported claim that women are frequently making up allegations of domestic violence in family courts.

The Greens and Labor do not support the inquiry. In fact, the Greens described it as “a sop to One Nation by the government” and Labor suggested the prime minister had “done a deal with One Nation”.

It is the latest in a string of inquiries into the family law system and its failings.

In fact, there have already been two very recently: the 2017 House of Representatives inquiry into a “better family law system to support and protect those affected by family violence”, which made 33 recommendations, and the Australian Law Reform Commission inquiry released just this year, which made 60 recommendations to the government. The government has not responded to either of those reports.

We do need to hear more about family violence, not less. But we need action, not yet another inquiry.

There is no evidence, beyond anecdotes, to support Hanson’s claims. In fact, studies conducted in Canada and Australia in the early to mid 2000s found false allegations about child abuse were rare. When they did occur, they were more likely to come from fathers who did not have the primary care of the children.

We have heard all this before. Similar concerns about false allegations were a significant influence on then Prime Minister John Howard’s 2006 reforms to family law.

The research following those changes found the measures designed to address false allegations - for example imposing costs orders, and assessing whether parents were “friendly” about their former partner’s contact with children - only served to silence women. One of the reports, which recommended changes to these provisions, noted:

In other words, there is still a need to enhance the quality and nature of information about family violence provided to the courts.

Inquiries are not the same as research

Family law cases are complex. Those that go all the way to a final hearing before a judge often involve multiple issues, of which family violence is one. They frequently also involve concerns about child abuse, drug and alcohol use, mental health, parenting capacity and neglect.

The courts rely on a range of information and evidence to help them reach a decision. Hanson suggests protection orders have some power in the decisions, but they are just one of the various factors courts will assess to determine the best interests of children and the need to protect them from family violence.

It is critical any focus on false allegations also includes a consideration of the responses to those allegations. Research has found male perpetrators of family violence engage in a range of tactics to deny, minimise and shift blame about violence.

A parliamentary inquiry is not a research exercise. To suggest it will be able to provide clear evidence about the extent of false allegations (or false denials) is simply untrue.

Parliamentary inquiries receive submissions from a range of people, including members of the public. And in the context of family law, the submissions are likely to come from those who are unhappy with their experience. This is not a representative sample from which it will be possible to draw firm conclusions.

The composition of the inquiry, and the terms of reference, are not likely to encourage victims of family violence, or those working in the services that support them, to come forward and make submissions.

We need action on family violence

The multiple inquiries preceding this announcement show there is a pressing need to address the fragmentation that results from Australia’s federal system, in which family law is a federal concern, while domestic violence orders and child protection are state or territory matters.

This fragmentation results in gaps in information and responses to domestic and family violence.

Also pressing is the need to address the high cost and delays in the family law system. In its report, the Australian Law Reform Commission found 33% of matters pending in the Family Court in June 2018 had been filed over a year ago, and a further 48% had been filed more than two years ago. These delays are mainly a result of under-funding of the courts over a number of years.

Delays are a problem for everyone in the family law system, but they create particular concerns for families with family violence, as interim orders are made without the benefit of full and adequate evidence.

Delays exacerbate costs, and together provide a powerful incentive to settle. And there is concern parties may settle for outcomes that are not safe or satisfactory.

These pressing needs are well documented in earlier reports which include recommendations about how to address them. Action on these recommendations is needed rather than further inquiries.