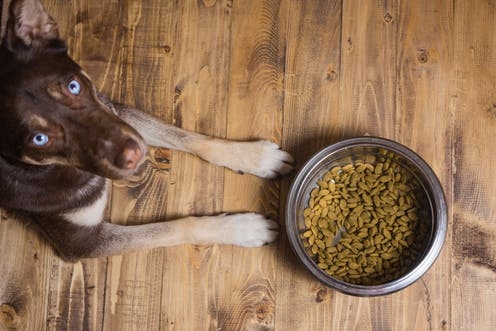 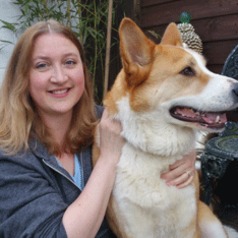 Over the last ten years, it’s estimated there has been a 360% rise in veganism in Britain – around 542,000 people have “gone vegan”. As a nation of animal lovers, with around 44% of homes owning a pet – and somewhere in the region of 8.5m dogs in the UK – it’s only natural this phenomenon should start to spill over into the pet food world. This has led to a rise in the availability of both vegetarian and vegan dog foods. But before you make the decision for your pet to go meat free, it’s important to consider what impacts this could have.

Cats are obligate carnivores, which means they need to eat meat to survive but dogs can in theory can live on a plant-based diet – though that doesn’t necessarily mean they should.

The domestic dog is actually a subspecies of the grey wolf. And while they’re substantially different in many ways, wolves and dogs can still interbreed to produce viable and fertile offspring. This makes them good animals to study to get a sense of what works out in the wild.

Despite being highly successful hunters, the diet of grey wolves varies significantly both with environment and the time of year. Studies of wolves in Yellowstone Park, US, have found that during the summer their diets contain small rodents, birds and invertebrates as well as larger prey like elk and mule deer. Alongside this though, plant matter is actually very common in the diet, with 74% of wolf droppings containing it – mainly from grasses.

A recent review of the studies published about wolves has shown them eating both grasses and fruits. The difficulty with these studies though, is that they often do not assess how much of the diet is made up of plant matter. So the level at which wolves – and by extension domestic dogs – are omnivores is still not fully known.

But of course, dogs aren’t exactly the same as wolves. It is estimated that the dog was domesticated around 14,000 years ago – although recent genetic evidence suggests it could have been anywhere up to 100,000 years ago. This length of time has allowed for many changes to take place. Over many generations, dogs have become increasingly associated with human civilisation and in turn exposed to human foodstuffs.

In 2013, researchers in Sweden identified that the dog genome contained increased amounts of the code for dogs to produce an enzyme called amylase which is key in the digestion of starch. This change means that dogs are five times better at digesting starch – found in grains, beans and potatoes – than wolves. And the adaption probably allowed the domestic dog to flourish on those human grains and cereals. The researchers also found that domestic dogs had a version of another enzyme important in starch digestion (maltose) that was more similar to the type found in herbivores, such as cows, and omnivores, such as rats, than to wolves.

The adaptations of dogs to a more plant-based diet through domestication haven’t just been at the enzyme level. All animals rely to some degree on the bacteria within their gut to help them digest food properly. Only recently, it was shown that the gut microbiome of dogs is quite different to that of wolves, with more evidence of bacteria that can break down carbohydrates and to some degree produce amino acids normally sourced from meat.

Long in the tooth

The very way in which we present food to our pet dogs is also quite different to the way wolves eat. And as a result of domestication, the change in diet, food quantity and quality is likely to have led to the smaller body size and reduction in teeth size.

Recent research has shown that in North America, domesticated dogs in comparison to wolves have more tooth loss and fractures despite being fed softer food types – probably due to the lack of bones – and the inability to be able to scavenge.

Skull size and shape has profound effects on chewing capabilities and characteristics in dogs. My previous work has suggested a link between the skull shape of dogs and their dental health. And the increasing trend for dog breeds with particularly shortened muzzles suggests that we are further moving them away from a diet of gnawing on tough bones.

There are very few studies published about the use of vegan diets in dogs. As omnivores, dogs should be able to adapt well and manage on well prepared commercially available vegetarian diets as long as the essential nutrients they would normally get from meat are present. One study has even shown the ability to maintain active sled dogs on a carefully produced meat-free diet. But be aware that not all pet foods are made equal. A US study found 25% on the market did not contain all the nutrients required.

Home-made vegetarian diets for dogs are even more risky and a study of 86 dogs in Europe found over half deficient in protein, essential amino acids, calcium, zinc and vitamins D and B12. Vegan foods may be even more problematic for dogs.

There’s also the fact that bones, raw hide and meat-based chews can offer significant behavioural benefits to dogs. Chewing can be an immensely satisfying and relaxing experience for dogs. And in a world where many pets experience long periods of time alone, such opportunities can be invaluable. So given that humans have already removed many of the “freedoms” of the ancestral dog, it could be argued that the diet is the last remaining point where this can be included.