‘Valheim: Hearth and Home’ update is launching soon and here are the biggest changes to expect 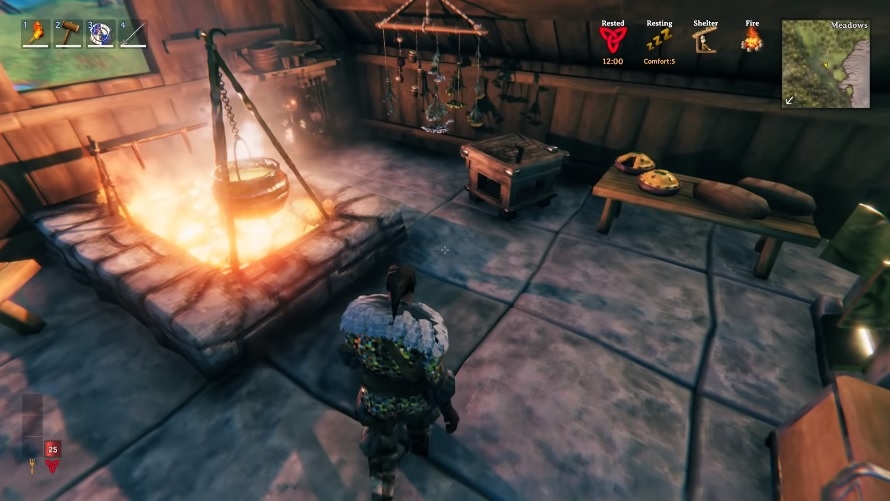 “Valheim” is undoubtedly one of the breakout games of 2021, and it is finally getting its first major update in a few weeks. In September, developer Iron Gate will deliver the first of four updates promised in the game’s early access roadmap.

The first “Valheim” update is called Hearth and Home and the title should give fans an idea of the new content it will add to the game. As Iron Gate promised before, Hearth and Home will add new building pieces and food items in the game.

Base building is one of the most crucial aspects of playing “Valheim,” whether players are just starting or have been playing the game for months. The developer announced last June that the update will introduce dark wood roofs and window hatches.

Players will also find more things to do inside their “Valheim” homes. Iron Gate is adding cooking station extensions so players can spruce up their kitchens with a decent butcher table, spice rack, and new pots and pans. There will be an option to place an oven in the house, and it should be a useful item since players will have to start making their own pies following this update.

Iron Gate said it is going to rebalance the game’s food system by establishing “more importance between boosting health and stamina, making food choices more interesting based on your playstyle.” These stats will ultimately affect players’ abilities while in combat once the first update is live.

Aside from new building pieces, the Hearth and Home update will introduce new ingredients and recipes. The developer said there will be at least 10 new dishes to make in “Valheim” and they are cleverly named, such as Eyescream and Shocklate, suggesting that the ingredients to be used will be far from the ordinary types of food.

Players will have more ways to gather food other than foraging. Hearth and Home will add onions as new farmable crops that can also be used in recipes. The first major “Valheim” update is confirmed to launch on Thursday, Sept. 16.