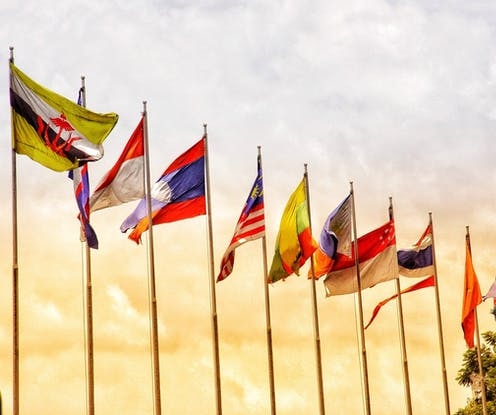 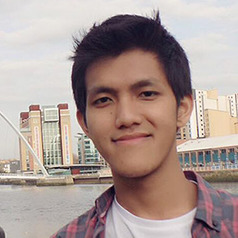 As tensions between the US and China intensify, Southeast Asian countries, including Indonesia, should rethink their ties with the two great powers. They should lessen their dependency on the two countries by strengthening relationships with non-traditional partners such as the Gulf and Latin American countries.

More than any other region, the rising tensions between the US and China have impacted Southeast Asian countries politically and economically.

Tensions have intensified following the US decision to close down the Chinese consulate in Houston last week. China retaliated by closing the US consulate in Chengdu.

In January, the US and China signed a trade deal expected to end a two-year trade war between them. But experts doubted the deal would ease tensions.

And the COVID-19 pandemic seems to have soured relations further. Washington and Beijing have accused each other over the disease’s origin and attempted cover-ups of the spread of the virus.

This has been made worse by the recent US decision to invest heavily in weaponry and military capabilities in a bid to challenge China’s moves in the South China Sea.

Politically, Southeast Asian countries should lessen their dependency on China and the US due to China’s growing assertiveness in the region and growing distrust of the US as a security partner.

Historical anti-Chinese sentiment is increasing in some ASEAN countries. This reflects worry over a more assertive China.

The same goes for the US.

While Southeast Asian countries want to benefit from the protection of the US Indo-Pacific Command, they are concerned that the US commitment might not be long-term.

The memory of President Donald Trump missing some key ASEAN summits last year lingers in the minds of ASEAN leaders.

An expert on Asian security, Shahriman Lockman, of the Institute of Strategic and International Studies in Malaysia, said Southeast Asian nations see the US presence as a double-edged sword:

It has the effect of both deterring but also potentially escalating matters with China. The worst-case scenario is for things to escalate, and then the US gets distracted by something in the Middle East, and we get saddled with more Chinese ships in our waters.

Washington’s decision to reduce its troops in Afghanistan, Iraq and Syria could signal unpredictable US foreign policies influenced by public opinion.

The devastating health and economic impacts of the COVID-19 pandemic mean the US government is likely to adopt new priorities to combat the virus and solve its economic consequences.

This makes Southeast Asian countries worry that Beijing will become more aggressive in the South China Sea while the US is busy with its domestic issues.

Strengthening partnership with other partners could minimise such concerns.

The US-China tensions have greatly impacted the global economy. The United Nations has predicted that, if confrontation continues, it could slow global GDP growth to 1.8%.

The rising tensions also suggest that a decoupling – cutting off economic ties – between the Chinese and American economies is possible or already under way.

This decoupling could mean higher US tariffs on China, and vice versa. As some have argued, growing protectionism in the two countries would also disrupt broader Southeast Asian access to the US market.

Decoupling could also lead to different trading blocs; one led by China and another led by the US.

This prospect could complicate life for Southeast Asian companies when conducting business with or investing in China and the US. They will need to take political factors into consideration.

This new reality could increasingly require Southeast Asian nations to turn to safer and easier partners.

Some have argued that Southeast Asian countries are potential winners out of the tensions due to trade diversion and manufacturing moving out of China.

Such views, however, ignore the challenges and potential downside faced by Southeast Asian economies.

For Southeast Asia to truly reap the benefits of the trade wars, it will have to make significant efforts to invest in infrastructure and production capacity and integrate regional supply chains.

This will not only require plenty of cash but also take a long time.

Based on the two factors above, Southeast Asian countries need to expand their ties with non-traditional partners.

The Gulf and Latin American countries could be some options. Some of these countries have been trying to penetrate Southeast Asia with their “Look East” policy.

Besides natural resources and lucrative investment opportunities, these regions offer Indonesia a way to access untapped consumer markets for its exports.

The Gulf, for example, could serve as a hub for economic expansion in the wider Middle East region.

Besides, strengthening ties with these countries would have no ideological attachment or sentiment.

They share some political visions with Muslim countries in Southeast Asia, like Indonesia and Malaysia, including wanting to distance themselves politically from the United States.

Southeast Asia’s largest economy, Indonesia, which is also the worlds’s biggest Muslim population, not only shares an Islamic background with the Gulf countries but also political positions on issues such as the Palestinian cause.

This could lessen negative sentiment, which has been prevalent among Indonesians with regards to Indonesia’s ties with China and the US.

As the only intergovernmental institution in the region, ASEAN could facilitate this by strengthening established cooperation frameworks such as the ASEAN-Gulf Cooperation Council Ministerial Meetings and the ASEAN–Pacific Alliance Framework for Cooperation.

On the economic front, ASEAN should also work harder to finalise free trade agreeements with the two regions.