Trump's Supreme Court: abortion, gay rights, and more are on the line 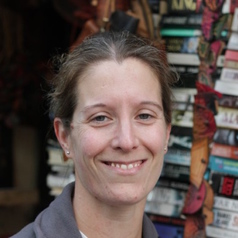 The deadlock over the lingering vacancy on the US Supreme Court may have been eclipsed by other issues in this election year, but don’t be fooled: the court’s ideological balance promises to be one of the defining issues of Donald Trump’s presidency.

The court has been effectively balanced in recent years, with its nine justices often splitting in two with one or two swing votes deciding each verdict. This has not suited all Americans: on some of the most divisive social issues in modern America in recent years, the court essentially ruled directly against the core views and values of white, conservative Americans, whose standard-bearers in politics and the media have railed against decision after decision.

When the hardline conservative justice Antonin Scalia died, President Obama nominated appellate judge Merrick Garland to replace him, but Republicans in the Senate have refused to even hold hearings on the appointment, and the court remains one justice short.

Enter Trump. Throughout the campaign, he promised his conservative supporters that he was listening and paying attention to their grievances. He promised them action. But can he actually deliver it?

As commentators have noted, in the short term Trump’s impact is likely to be limited. It would take a minimum of two appointments to the court to rebalance it against abortion and same-sex marriage. Trump’s first appointment will therefore simply restore the balance between liberal and conservative justices that held until Scalia died.

But that may not be enough to keep the court from further restricting affirmative action, a recent case on which was decided by only one vote, or Obamacare, which looks likely to be repealed (in whole or part) by the Republican-controlled Congress.

Any future vacancies on the court could see it balance shifted significantly rightwards – and Trump’s more conservative supporters will be holding out hope that the chance presents itself sooner rather than later. For these Americans, the most urgent judicial issues are abortion, same-sex marriage, healthcare, and positive discrimination. Before his presidency has even begun, Trump is already sending out signals about his views on these issues – and not all of them are clear.

Abortion has divided Americans since the landmark 1973 decision in Roe v. Wade, which established that women have the legal right to an abortion. Religious and secular conservatives have campaigned for years to have the verdict overturned, but to no avail. In recent years, they have lobbied state legislatures to pass so-called “targeted regulation of abortion providers” (TRAP) laws, which are designed to restrict access to abortion in lieu of outlawing it.

Anti-abortion campaigners already consider the Supreme Court an obstacle to their aims. The court only reinforced that view in June 2016 when it struck down the strict Texas TRAP laws, which would have closed 75% of the state’s abortion providers.

In his first major interview since winning the election, Trump stated his continued opposition to the court on this issue, repeating his campaign pledge to appoint justices who would overturn Roe and hinting at support for TRAP laws by suggesting abortion should be returned to the states.

Battles over LGBT rights, in particular marriage equality, have been among the most controversial in recent years. In 2015, the court held that the constitution protected same-sex marriage, leading to howls of protest from religious conservatives who argued they were being forced to accept something in violation of their religious beliefs. As they saw it, the ruling placed the court firmly on the side of the LGBT community.

So-called “religious freedom” bills sprang up across the nation with the aim of “protecting” religious individuals from same-sex marriage and in June 2016 a similar law, the First Amendment Defense Act, was introduced into Congress. In September 2016, Trump promised to sign the law if elected – but now he’s been elected, he apparently considers the argument over same-sex marriage “settled”. Then again, that doesn’t necessarily prevent such action since defenders would argue they are not preventing same-sex marriage, only “protecting” believers.

Another area where the court will be a battleground for some time is positive discrimination in the pursuit of racial equality.

The case of Abigail Fisher was the issue exemplified. Denied a place at the University of Texas, Fisher argued that her rights had been violated by an admissions policy which had favoured a minority candidate over her – in essence, that she had been discriminated against because she was white. The court rejected her case twice, effectively meaning it defended just the kind of race-conscious policies that many conservatives hold in contempt.

The court had two opportunities to overturn Obamacare, formally known as the Patient Protection and Affordable Care Act. To the ire of many Republicans, it both times refused to do so.

Whether portrayed as “socialised medicine” or as the intrusion of big government into private healthcare decisions, the law’s opponents saw it as a fundamental challenge to their belief in limited government, individual choice, and the operation of unfettered market forces. The court’s decision to uphold the law was, to many Republicans, evidence of “activist” judges working in opposition to their interests, and the virulent opposition to Obamacare in the last few years and the election campaign was thus also opposition to the court.

Trump’s recent hints that he will keep key aspects of Obamacare are therefore surprising – but they seem unlikely to prevent Congress repealing much of the law.

Emma Long does not work for, consult, own shares in or receive funding from any company or organization that would benefit from this article, and has disclosed no relevant affiliations beyond the academic appointment above.