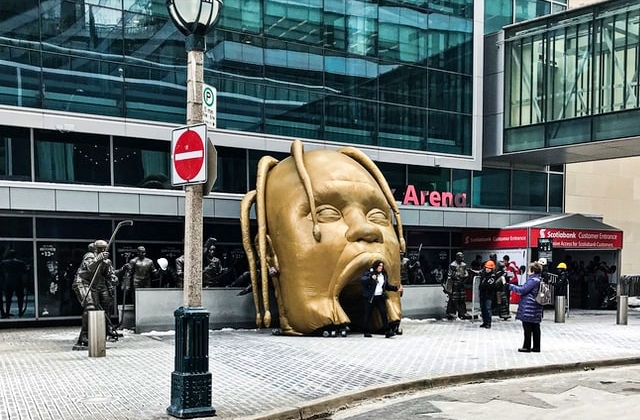 Anheuser-Busch announced that it had discontinued Travis Scott's CACTI spiked hard seltzer. The suspension of the CACTI deal comes following the tragic Astroworld Festival that left 10 people dead and many injured on Nov. 5 in Houston, Texas.

With the latest developments in the CACTI deal, Anheuser-Busch already took down all of the press releases, the website dedicated to Travis Scott's hard seltzer, and social media accounts. Everything related to the American rapper and producer has been scrapped.

"After careful evaluation, we have decided to stop all production and brand development of CACTI Agave Spiked Seltzer," Anheuser-Busch's spokesman told CNN Business. "We believe brand fans will understand and respect this decision."

The brewer that also makes Budweiser and Bud Light beers announced its decision to stop the production and promotion of Scott's hard seltzer on Friday, Dec. 10. It was noted that the artist's seltzer was discontinued less than a year since it first hit the shelves.

Although many people may easily assume that Anheuser-Busch's decision to drop Scott Travis is related to the tragedy at the Astroworld Festival, reports stated that the brewer did not indicate if its move has something to do with the unfortunate event that took place early last month. At this point, seven families were said to have declined the rapper's offer to shoulder expenses for the funerals.

At any rate, a source reportedly said that the cancellation of CACTI was a mutual decision between Travis Scott and Anheuser-Busch. He said the two parties agreed to end their partnership on Nov. 30. It was added that the artist's main focus at the moment is helping his fans and community heal from the concert tragedy.

Aside from AB, other popular brands that have either halted collaborations or cut ties with the rapper after the deadly music festival include Nike, Mega64, and Epic Games. Nike announced on Nov. 15 that it postponed the release of Air Max 1 x Cactus Jack out of respect to those who were affected by the incident.

Meanwhile, Billboard reported that almost 2,800 attendees of the Astroworld festival have already filed legal claims against Travis Scott, Live Nation, and other groups that organized the festival. They were accused of negligence in the event planning and how they responded to the incident on Nov. 5.