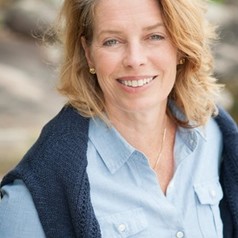 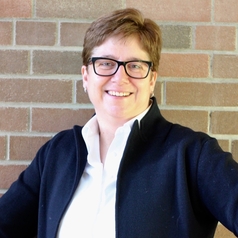 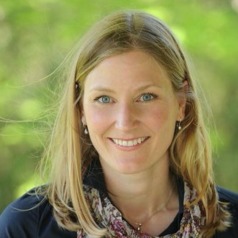 The debate about prioritizing the return of sport during this global pandemic heated up recently when the National Hockey League indicated it would purchase vaccines and then had to rescind this statement.

On Jan. 8, International Olympics Committee (IOC) official Dick Pound suggested that athletes should be prioritized for vaccines so that the Tokyo Olympics can go ahead this summer. Canadian athletes like wrestler Erica Wiebe and gymnast Kyle Shewfelt responded that while they want to compete, they did not think that athletes should be prioritized over front-line workers and high-risk people.

Meanwhile, Olympic organizers continue to prepare for the Olympic Games in Tokyo, despite the fact that the city is in a state of emergency and recent polls have shown that hosting the Games is rapidly losing favour with locals.

The Canadian government cannot prevent private sales of the vaccine; however, they do have oversight on national sporting bodies. Currently there is no mandate that Olympic athletes must be vaccinated.

Should athletes be prioritized within national supplies so that they are protected when competing? Should the IOC or sponsoring corporations consider purchases direct from the supplier thus creating a second queue for national athletes reducing the global supply? The public debate is ongoing as COVID-19 second wave numbers soar around the world.

In order for athletes to be vaccinated in advance of the Tokyo Olympics — currently scheduled to begin on July 23 — they will need to be prioritized in the government supply chain over more vulnerable populations.

Using the recently released vaccine calculator, a 25-year-old Canadian — the average age of an Olympic athlete — would qualify for Stage 3 of the national COVID-19 vaccine rollout. The calculator projects that between 12,201,641 and 22,456,373 Canadians are in the vaccine queue ahead of this age group. Using a vaccine uptake of 70.3 per cent, this means that the 25-year-old would be vaccinated sometime between mid-July and mid-September.

Public opinion has not welcomed the idea of corporations purchasing vaccines.

COVID-19 has presented policy-makers and political decision makers with pressing ethical dilemmas. Decisions must be made quickly with limited time to gather information, reflect and fully understand all possible consequences. This does not mean that there is no logic or sequence process for ethical decision-making.

An ethical dilemma is not a situation where one must determine the right and wrong decision choice, but rather it is a situation where there might be two or more right solutions, and where each potential solution leads to different decisions and consequences.

So we are left with the following ethical dilemma: Are there compelling arguments in favour of prioritizing athletes’ access to the COVID-19 vaccination?

Deontological theories state that ethical dilemmas should be resolved by applying the universal standard or code of justice that everyone must follow. On the other hand, teleological approaches require that ethical decisions result in the greatest benefit for the largest number of people.

Consider Robin Hood, who robbed from the rich for the benefit of the poor. Would you turn him in to the authorities? If you do, the money will be returned to those who need it less.

From a deontological perspective, you’d turn him in: the rule about stealing is very clear. However, from a teleological perspective you could provide a compelling moral case that helping the needy is more important than giving money back to the wealthy. Now, the ethical lens you would use would vary depending on your stakes in the situation — you may respond differently depending on whether you were the person who was robbed or the beneficiary of the stolen funds.

Following this example, a deontological approach would say that athletes should follow the rules specified and not be allowed to jump the queue under any circumstances.

A teleological perspective would approach the dilemma by asking whether there were enough overall benefits to justify prioritizing athletes at the expense of others. And this is a matter of perspective.

So how can decision-makers approach this situation and make the appropriate choice?

Step 1: Recognize that this is indeed an ethical dilemma and that there is evidence on both sides of the argument that would suggest each decision made could be an ethical one.

Step 2: Determine the actors involved. Who is responsible and accountable for the decision? Who will the decision impact — in this case athletes, vulnerable populations, sports organizations, countries, sponsors, media, audiences, etc.

Step 3: Identify the relevant facts — do athletes need to be vaccinated in order to hold the Tokyo Olympics?

Step 4: Test right and wrong consequences for possible outcomes. For example, what would the public response be to either decision? How would the media respond? Conduct a cost-benefit analysis for all affected by the decision.

Step 5: Apply various ethical approaches — both deontological and teleological, among others — what solutions would emerge?

Step 6: Look at the decision from a legal, ethical and financial point of view simultaneously.

Step 7: Once you have decided on a course of action, develop a risk mitigation plan to anticipate and address consequences.

Step 8: After the decision has been implemented, track the outcomes and apply this learning moving forward.

In a time of great division and isolation, the values and objectives of the Olympic Games could play a major role in healing the world. But are the costs associated with prioritizing vaccines for Olympic athletes worth it?