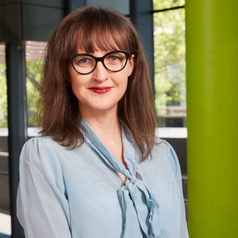 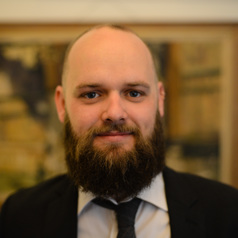 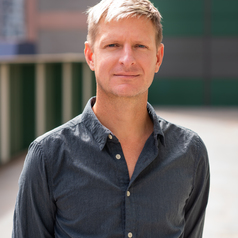 Mental health inpatient units should be safe and healing places. But we’ve found women staying in these units are being threatened, harassed and sexually and physically assaulted by men.

These are mostly men also staying on the ward, but can be partners or ex-partners, or male staff.

Our recent research on gender-based violence in mental health inpatient units in Victoria shows many women don’t feel safe in these environments.

The scope of the problem

But data collection is patchy and reporting is inconsistent between states and territories, so we don’t know exactly how widespread the issue is. And as with all gender-based violence, many incidents are never reported.

Several investigations, a royal commission and government policies have identified the issue but largely failed to address it.

We interviewed 11 women who had experienced gender-based violence in a Victorian mental health inpatient unit in the previous five years. We also spoke to 63 mental health professionals.

It’s somewhere that you’re meant to be safe but there is a real risk of not being safe and to be exposed to violence.

Some women told us poor staff responses increased their vulnerability to violence. Elizabeth, who reported sexual harassment to a staff member on three occasions, was later raped. She said even then her concerns were minimised:

There was a lady nurse there and she said “don’t be silly, look at him, he’s over there asleep on the couch” […] I was really wanting to get out of there and get away from him. It took them about an hour. Another nurse finally like sort of listened […] but they wouldn’t let me call anybody […] and a little bit later he’s trying to get into my bedroom.

Both the women and the mental health professionals told us mental health services fail to prevent and respond to gender-based violence in inpatient units because of a lack of proper infrastructure, such as a shortage of safe spaces for women and ineffective or broken security systems.

Since the 1960s, mental health treatment in Australia has changed from long stay asylums with separate gender wards to short stay mixed-gender wards attached to hospitals.

Some countries have moved back to segregated wards. In Australia, however, mixed-gender wards remain the norm, with some spaces designated as women-only.

But women-only spaces can still be unsafe, particularly if they’re inadequately supervised. Zoe described how she was sexually assaulted in her room in a women-only area:

I was actually staying in the locked women’s ward but the rest of the facility was mixed gender […] There was a male inpatient who was harassing me quite badly while I was there and he kept on breaking into […] the women’s corridor and coming into my bedroom and harassing me and then one day he sexually assaulted me while I was in my room.

Many women in inpatient units are involuntarily detained. This means they cannot leave if they feel unsafe and must rely on staff to protect them from violence.

But in our research, we heard women are sometimes prevented from making reports to police if staff don’t believe the incident really happened or make a judgement the incident is not serious enough to warrant a response.

To address this, some policies require any sexual contact to be reported – with or without the woman’s consent. But this takes the choice about making, or not making, a report away from the woman.

Seclusion and restraint can re-traumatise women

Women with histories of trauma told us how these coercive practices brought back experiences of gender-based violence. Amanda said:

I’ve survived a lot of trauma and assaults in the past and rapes in the past and it was like what they did was repeating the trauma of that because they tackled me to the ground, they pinned me on the ground and then they basically forced me into a room that I didn’t want to be in.

Particularly with this in mind, we need to give greater attention to reducing the use of seclusion and restraint in mental health care.

These are not easy problems to fix, but we can make mental health wards safer places for women.

First, women need the option of gender-segregated areas in mental health wards. Second, care needs to be responsive to their individual needs, which can be shaped by factors like history of trauma, cultural background and gender identity. Finally, women must have choice and control in how and when incidents are reported, as they would in the general community.

*Names have been changed to protect the anonymity of our research participants.