The scandal of 60 Minutes: no broadcasting standards, no investigation 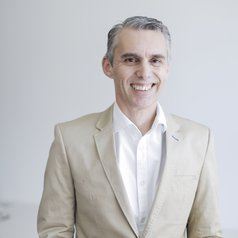 Last week, a small group of people held a protest outside Channel Nine in Sydney. They were objecting to the network’s treatment of Adam Whittington, the Australian man whose company “recovered” Sally Faulkner’s children on the streets of Beirut.

It’s clear there is a high level of concern within the community. Some concerns relate to Nine’s treatment of Whittington and his colleagues, who remain imprisoned in Lebanon. Others include Nine’s apparent involvement in arrangements for what might constitute the criminal act of child abduction, the payment of A$115,000 by Nine to Whittington’s company, and the crew’s close involvement on the scene and afterwards in Beirut.

What connects all of these aspects is that they relate to the conduct of 60 Minutes in setting up the story – in the “newsgathering” activities that precede it – not to anything Nine has broadcast.

Nine has commissioned a review of the matter, resulting in the departure of Stephen Rice, the producer of the Sally Faulkner story. Other staff involved have received formal warnings, but it seems there will be no independent investigation.

This reveals a problem that goes beyond this program: there are are no broadcasting regulations that apply in this case, and there is almost no scope for an independent review by the Australian Communications and Media Authority (ACMA).

Was it covered by the Commercial TV Code?

The Commercial Television Code says broadcasters must ensure that factual material in current affairs programs is presented accurately and that viewpoints included in a program are not misrepresented. Also, material relating to a person’s personal or private affairs must not be broadcast, unless there is consent or a public interest reason.

On these tests, it’s difficult to see anything wrong with the actions of 60 Minutes. To breach the code, a program would need to be factually inaccurate, or materially misrepresent the views of, say, the children’s father, Ali Elamine, or somehow breach his privacy or perhaps that of the children’s grandmother.

But there’s a more fundamental problem: the code only applies to material that goes to air. If no program is broadcast, there can be no complaint.

Even if it turns out 60 Minutes orchestrated key events – if it made arrangements with the child abduction company, paid for its services and then travelled with Sally Faulkner and her children around Beirut – the regulator cannot test the fairness of these actions unless Channel 9 broadcasts a report that misrepresents someone’s point of view.

How does it work elsewhere?

This almost exclusive emphasis on content differs from rules for other media in Australia and for broadcast, print and online content in the UK. For example, there are standards designed to ensure “fair and honest dealing” (the ABC Code), to limit the use of deception or misrepresentation (the Ofcom Broadcasting Code in the UK), to prevent intimidation or harassment (the Editors’ Code of Practice for print and online in the UK) and to avoid causing distress to participants and prevent a risk to health and safety (the General Principles of the Australian Press Council).

The MEAA Journalist Code of Ethics says: “Use fair, responsible and honest means to obtain material …” while for privacy matters the Ofcom code adopts the concept of “proportionate means” to obtain material. Most codes also include rules on managing conflicts of interest.

Interestingly, program standards dealing with both “the preparation and presentation of current affairs programs” were developed by the former Australian Broadcasting Tribunal in 1991, but they were jettisoned with the introduction of the codes of practice in 1993.

Even more interesting is the fact that Nine’s own review clearly covers the activities of the producers and crew of 60 Minutes over “the course of developing and producing a story”. This is where the problem lies, and this is where the code of practice goes silent.

Can the Australian Communications and Media Authority do anything?

Community concerns were addressed by Communications Minister, Mitch Fifield, when he said,

The ACMA, as the independent regulator, has the powers it needs to determine whether there have been any potential breaches of Australian broadcast regulation.

However, the Australian Communications and Media Authority has since indicated it is not investigating the matter and, in reality, there’s little point calling for an investigation under the current code of practice. Nine’s own inquiry, though worthwhile, cannot be described as independent.

The minister’s confidence in the ACMA is looking ill-founded.

However, the ACMA could launch a broader investigation into whether the code of practice is failing the community. It has the power to initiate investigations and its functions, set out in legislation, include developing program standards and assisting industry to develop codes “that, as far as possible, are in accordance with community standards”.

The former Australian Broadcasting Authority used a similar approach to address an issue of community concern in 1999. The Cash for Comment inquiry found there were insufficient rules to govern the conduct of commercial radio current affairs presenters who took money from sponsors and editorialised about their products without disclosing the payments.

As Whittington and his colleagues remain in prison in Lebanon, many in Australia consider Nine has an ethical obligation to assist the recovery team that formed a key component of the story it was constructing on Sally Faulkner, Ali Elamine and their children.

Nine’s review does not mention this aspect, but nor does it answer its own question, “were any of the staff of Nine participating in an unlawful activity in Lebanon?” It doesn’t ask whether the code of practice was considered and complied with; in fact, it doesn’t mention the code.

It’s only reasonable that our broadcasting regulator investigate the conduct of a TV program apparently involved in child abduction. And if it can’t because there are no applicable rules, there’s a convincing case that the Commercial Television Code does not fulfil its regulatory obligations to provide “appropriate community safeguards”.

In the end, a regulatory scheme – whether statutory or self-regulatory – is only as good as the standards it promulgates and the opportunities it offers for independent investigation of matters of community concern.

Derek Wilding does not work for, consult, own shares in or receive funding from any company or organization that would benefit from this article, and has disclosed no relevant affiliations beyond the academic appointment above.