The debate over what ails philanthropy heats up 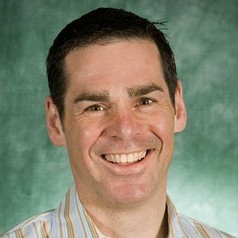 The Binghamton University students taking a philanthropy class I’ve been teaching for years have made more than US$150,000 in grants to local charities since 2009. Because giving away money is a rewarding experience, the course has a long waitlist.

In 2019, I noticed that something had changed. The students began to wonder whether giving away money might not be all unicorns and rainbows, but – at least sometimes – a bad thing. After they made their grants to help immigrants, address the opioid epidemic and provide locally grown food to poor families, one student nonetheless wrote in her final paper, “There is a lot of negativity that surrounds philanthropy.”

It summed up a sentiment being voiced more often. After billionaire investor Robert F. Smith told the newly minted graduates of Morehouse College that he would pay off their student loans, many people cheered their commencement speaker’s generosity and hailed the students’ good fortune. But others eyed the move with skepticism, seeing his philanthropy as just part of a broken system that enables a few to get too rich while millions face economic hardship.

A big debate over the value of philanthropy – whether it’s a force for good, a danger to society or somewhere between those extremes – is underway. It’s raising even bigger questions, like what it takes to build a better world and who gets to decide how to solve the toughest global problems. As a result, many, including my students, are becoming more critical regarding the billions the world’s richest people give away.

While these four men don’t agree on everything, I see four common themes in their critiques.

First, philanthropy allows the wealthy, on their own, to decide how to fix the world’s biggest problems, like poverty and inadequate educational opportunities. This is a problem, as Villanueva argues, because solving problems effectively requires working together with people you’re trying to help and understanding the challenges they face.

Second, they say a broken tax system unfairly subsidizes wealthy donors compared to everyone else, giving them even more money to use in deciding how to eradicate disease or clean up the environment. Given how the tax code works, Jeff Bezos could receive a tax break of $390 million for every $1 billion he donates. In contrast, a middle-class donor who gives her local food bank $100 probably won’t get any tax benefit when she files her return. In effect, as Reich and Callahan point out, the government helps the charities supported by the wealthiest donors more than those backed by the rest of us. As a remedy, Callahan has proposed limiting the charitable tax deduction now available to the wealthiest donors.

Third, mega-donors are to a degree interfering with democratic processes. Reich has called Bill Gates “America’s unelected school superintendent” because of the millions of dollars the Bill and Melinda Gates Foundation has poured into school reform efforts. This giving means he may have more of a say in how local schools are run than do community residents, even though democracy operates on the principle that the people and their representatives should decide how to solve complex social problems.

Fourth, billionaires tend to favor causes that benefit or at least do not endanger their own bottom lines. Giridharadas observes that despite Smith’s generosity to the Morehouse class of 2019, he has also fought against changes to the tax code that would have made more money available to help low-income students pay for college. On balance, his giving to political and charitable causes could be reinforcing the status quo and perpetuate income inequality.

Anand Giridharadas often voices his concerns about elite philanthropy, including in this CNBC interview.

Not so fast, say the philanthropic leaders who consider these criticisms overstated.

The most high-profile of the defenders these days is Phil Buchanan, CEO of the Center for Effective Philanthropy, which researches how foundations operate, sponsors conferences and helps grantmakers assess their own performance. In his new book “Giving Done Right,” Buchanan agreed with the critics about some of the sector’s flaws. But he also argues that they have gone too far when they dismiss Smith’s gift to Morehouse students as a stunt.

The defenders of big-bucks philanthropy note that wealthy donors and foundations are making a real difference. Bill and Melinda Gates, for example, have “saved millions of lives,” as Kelsey Piper, a Vox staff writer who covers animal welfare, global poverty and philanthropy, recently tweeted.

They also note that philanthropy and the charities it funds have long been a staple of the American approach to problem-solving. They have protected children, housed the homeless and supported the arts, among other things. The critics, they contend, are downplaying the important role private giving – and volunteering – play in a country where the nonprofit sector accounts for about 5% of the economy and 10% of the workforce.

In addition, they say critics like Giridharadas are simply unrealistic. They advocate for a wholesale reform of the tax system, philanthropy and government’s role in solving big problems. But Buchanan sees big reforms as unlikely, at best. And, he worries, these criticisms could lead wealthy donors to move away from giving. In the meantime, he says, “but, here we are, with wealthy people who want to give back,” arguing that you have to work with the world as it is, not the world you might prefer.

Finally, while these defenders of philanthropy are likely to admit some reforms are necessary, they see more good than bad. They want to see elite philanthropy improved and expanded, not restrained. Hewlett Foundation president Larry Kramer notes that it is important to “listen to those who think we are wrong,” and “engage our critics’ best arguments.”

Making sense of it all

The 32 students who took my class this spring enrolled because they were excited by the opportunity to use philanthropy as a way to make a difference in the local community. The grants they made achieved that goal. But, they also learned that giving is more complicated than it looks. Using private money to solve public problems raises hard questions that are worth struggling over.

For students or anyone else trying to make sense of this debate, I suggest deciding whether you feel like philanthropy’s problems can be solved. If you do, work within the system and try to make it better. If you don’t, join forces with others aiming to bring about more fundamental change.

Editor’s note: The Gates Foundation is a funder of The Conversation Media Group.