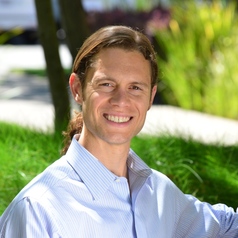 A few weeks ago, the Federal Court of Australia ordered a farmer in New South Wales to pay A$290,000 to a blueberry-producing company because he had grown and sold a proprietary variety of the fruit without permission.

At issue in the blueberry case were questions of intellectual property. Who owns the plant varieties that are commercialised in Australia and other countries? Who can grow them? If you are the owner of a particular variety, how can you prove someone else has grown it without your permission, and what can you do about it?

The case is an important one in an area of law that may affect how we develop new varieties of plants. This type of work is important to address challenges such as food security and climate change adaptation.

The plant breeders’ rights system works like a patent or trademark for plant varieties: when breeders create a new variety, they can register it and obtain exclusive rights to grow and sell it.

The system is designed to encourage breeders – who may include scientists, companies, or growers themselves – to develop innovative plant varieties. In other words, the possibility of commercial exclusivity functions as a profit incentive.

The recent case (Mountain Blue Orchards v. Chellew) was about a blueberry variety named Ridley 1111. It has appealing characteristics for growers and consumers alike: the berries ripen early and have a notable dark blue colour and firmness.

This March, Mountain Blue filed a claim before the Federal Court. They alleged that a grower based near Grafton in NSW named Jason Chellew had obtained, grown, and sold Ridley 1111 blueberries without authorisation.

How do you prove someone has pirated your plants?

Establishing infringement for plant varieties is more difficult than for products protected with other kinds of intellectual property.

If someone is using your trademarked brand name, or is selling a widget that you patented, it is relatively straightforward to show infringement by deconstructing these things into their component elements.

In contrast, plants are complex living organisms that change based on human and non-human influences alike.

Furthermore, plant breeders’ rights infringement may occur at a small scale over diffuse areas, making it difficult for rights owners to enforce their rights.

Finally, it is difficult to collect evidence of possible infringement. If plants are grown on private property they can be hard to see, and third parties may be reluctant to help. Rights owners may also be wary of possible adverse business or public image consequences from pursuing a case.

A new kind of damages

Another difficulty in plant breeders’ rights infringement cases relates to the limits of how much impact even a successful case might have.

Until last February, courts could only award damages based on a calculation of the actual loss suffered by the rights owner. It can be difficult to put a number on this loss, which meant that many in the agricultural industry saw plant breeders’ rights infringement as having few practical consequences.

The Ridley 1111 case is a sign that this may be changing, however. It is one of the first the Federal Court has considered since February’s comprehensive amendments to Australian intellectual property law, which now allows judges to award additional damages.

Courts can now consider several factors when setting damages in an infringement case, including how flagrant the infringement is and the need to deter future infringements. This brings plant breeders’ rights into line with other forms of intellectual property law such as patents and trademarks.

The resulting penalties can now be much higher. This could encourage growers to pursue licensing deals with the owners of protected varieties, when in the past they might have risked a lawsuit to save on royalty payments.

However, this assumes growers are aware of the possibility of heightened penalties, and that rights owners can prove that infringement actually occurred.

What effect will these changes have on the ground? It is probably too ambitious to argue that these changes alone will lead to increased innovation in plant breeding, as some industry groups have claimed.

The development of new plant varieties involves significant investments of time and other resources. What’s more, breeding often relies on substantial collaborations between the private sector and public or academic research institutions.

So while the possibility of obtaining additional damages in an infringement action may have some effect, other factors will continue to affect the development of new plant varieties.

These include the ongoing need for governmental support of plant breeding initiatives, the development of effective partnerships between the public and private sectors, and an accurate understanding of the kinds of crops that would be best suited to Australia’s climatic and agronomic peculiarities and to the desires of Australian consumers.