‘The Winds of Winter’: George RR Martin keeps missing the deadline but he vowed to publish the book on this date 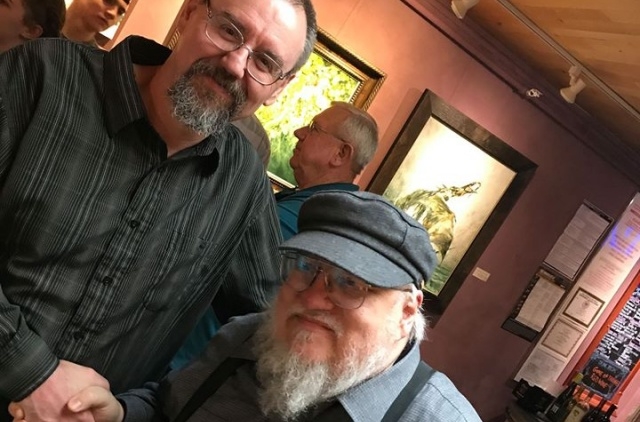 People who love to read are still waiting for the arrival of “The Winds of Winter.” It is George RR Martin’s sixth part in his “A Song of Ice and Fire” book series.

“ASOIAF” is where HBO’s “Game of Thrones” was based on so fans were expecting that “TWOW” would be finished before the drama concludes. But unfortunately, since the book was not completed and HBO was already ending the series after eight seasons, the TV network was forced to do its own version with regards to how the story will end.

Many people were disappointed by the fact that the drama ended with a different story but Martin, the 71-year-old author of “The Winds of Winter,” felt more frustrated since the TV adaptation could have stayed faithful to the story if he was only able to finish the last two books in the series.

GRRM was originally expected to release “The Winds of Winter” in 2014 because his usual gap for writing “ASOIAF” books was only three years. Since he published the fifth story titled “A Dance with Dragons” in 2011, he should have finished “TWOW” three years after.

He once again missed his deadline in 2016, even though he was said to be only months away from finishing the book. It was rescheduled to 2017, but no book came out, and in November 2018, fans were infuriated after Martin release “Fire & Blood” instead.

Finally, after all the missed deadlines, George RR Martin surprised fans with the new vow he dropped in May 2019. He confidently said that he will be revealing “The Winds of Winter” between these dates - July 29 to Aug. 2.

This is when the 2020 WorldCon in New Zealand was supposed to take place but was canceled. It is yet to be seen if the author can finally fulfill his promise that he broke many times before.