‘The Sims 5' release date, gameplay rumors: Will EA consider making the Parenthood pack of the base game? 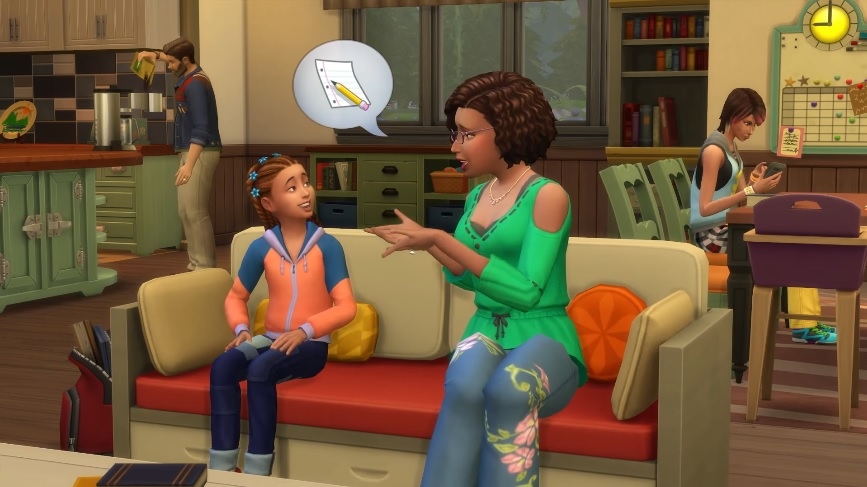 From “The Sims: Parenthood” trailer | Photo via The Sims official channel/YouTube screenshot

“The Sims 5” is one of the most awaited video games even though its publisher EA and developer Maxis have yet to make an announcement. The companies have not even confirmed that the next main title is in development already. But those never stopped the rumor mill from turning, and the next game is anticipated to feature some upgrades.

‘The Sims 5’ rumored gameplay features: Some extensions packs to become part of future base game?

Upgrades on the latest main title installments can come in many forms. But for “The Sims 5,” many fans have been speculating that EA and Maxis might consider introducing a more expansive base game. One way of doing it is by adding one or two extension packs as part of the base game in the future.

One of the most requested upgrades in “The Sims 5” is to make the Parenthood game pack a part of the base game at launch. Over the years, developers made raising children in the game a more important aspect of the series. However, crucial gameplay elements in being Sims parents remain limited in a way that important gameplay features are only available through post-launch and paid packs.

The Parenthood game pack for “The Sims 4” added options for Sims parents to have more control over their children’s lives. It also made toddlers and teens go through more realistic physical and emotional changes that Sims parents need to deal with. With toddlers and teens already a major gameplay feature in the series, “The Sims 5” would feel more complete having the Parenthood features available on the first day of release.

‘The Sims 5’ release date speculations: Why EA is taking a long time to release next game

It would be more challenging to follow up on “The Sims 4” because it was the series installment that introduced major gameplay upgrades such as Create-a-Sim and buy/build modes. That challenge could be one of the reasons why “The Sims 5” was not announced or released within the time window most fans expected it to be launched.

Many anticipated “The Sims 5” to be launched in 2019 following the pattern of a four to five-year gap between main title releases in the previous years. However, to date, EA and Maxis have not yet addressed any of the rumors related to the next “The Sims” game.