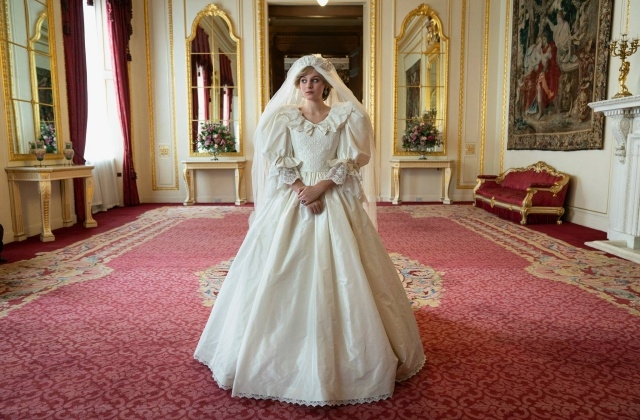 The upcoming season of “The Crown” is coming up on Netflix very soon. Prior to the premiere, it was revealed that the drama will post a warning at the start of the show as it will feature Princess Diana’s famous battle with bulimia.

The fourth season of “The Crown” made a major change by adding the warning at the beginning of the first three episodes. A helpline will also be shown on the screen to show the producers are also cautious of how the story could affect people. This was also made to help promote awareness to the viewers with regard to this disorder.

As per The Sun, from the first to the third episodes of the “The Crown” season 4, the viewers will see the message that reads: ‘The following episode includes scenes of an eating disorder which some viewers may find troubling. Viewers’ discretion is required.”

This was issued as some scenes could be triggering for some viewers. A spokesperson from Netflix shared that prior to the addition of the warning, the producers have worked closely with the experts who deal with eating disorders.

“‘The Crown’ producers worked closely with the eating disorder charity, BEAT,” the spokesperson told HELLO!. “This is to ensure that their portrayal of Princess Diana’s bulimia was both accurate to the disorder and sensitively handled.”

About the anticipated royal drama

Emma Corrin will be portraying the role of Princess Diana with Josh O'Connor playing Prince Charles. The newest installment of “The Crown” will focus on the Princess of Wales and her tumultuous marriage to the first in line to the throne. It will begin with courtship until their divorce and the princess’ death in 1987.

Some of the controversial scenes that were also the reason for the addition of the warning at the start of the episodes include Princess Diana vomiting in one of the Buckingham Palace’s bathrooms after eating some puddings. There is also a scene where Prince Charles was furious after realizing his wife is more famous than him in Australia.

Princess Diana admitted in a controversial BBC interview with Martin Bashir in 1995 that her bulimia resulted from what was going on in with her marriage to Prince Charles. They eventually divorced in 1996.

“I was crying out for help, but giving the wrong signals, and people were using my bulimia as a coat on a hanger: they decided that was the problem – Diana was unstable,” the princess said in the interview that was viewed by 23 million people around the world.

“The Crown” season is set to premiere with 10 episodes on Netflix this coming Nov. 15.