The $4.8 trillion dollar question: will an 'investment approach' to welfare help the most disadvantaged? 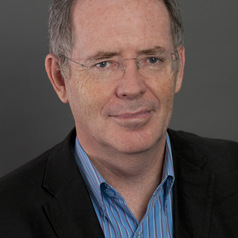 Social Services Minister Christian Porter on Tuesday released a report on the lifetime costs of the social security system for the Australian population, putting it at close to A$4.8 trillion.

The report was an initiative of the 2015-16 budget, when the government allocated A$33.7 million to establish an Australian Priority Investment Approach to Welfare based on actuarial analysis of social security data.

Groups identified by the approach will receive support from current programs and from new and innovative policy responses to be developed through the A$96.1 million Try, Test and Learn Fund, which was announced in the 2016-17 budget.

The development of an investment approach was one of the recommendations of the McClure review of Australia’s welfare system.

The New Zealand government originally developed the investment approach in response to a review on welfare dependency, which was specifically asked to look at the insurance industry for ideas on reform. The government has subsequently commissioned four actuarial valuations – in 2011, 2012, 2013 and 2014.

How did we arrive at the figures?

The report released by Porter, and the media stories on this approach, have highlighted the very large number of A$4.8 trillion. Understanding how this number is derived can help put it in context, however.

The report takes the population of Australia in 2015. Then, on the basis of past patterns of receipt of payments, it projects the amount of money the population will be paid over the rest of their lives and converts this into the present value of this lifetime spending, with a discount rate of 5% – reflecting the fact a dollar is worth more today than in the future given the capacity to earn interest.

The population modelled in the report includes:

The lifetime valuation is about 44 times the total amount of payments in 2014-15 (A$109 billion). But it also includes people’s future age pension entitlements. Given the average age of the total population is 39 and that on average Australians can expect to live into their 80s, it is not surprising the estimated lifetime cost is more than 40 times the current level of spending on cash benefits.

In fact, more than half the total estimated lifetime spending will be on age pensions. The average lifetime cost per current client is made up of A$150,000 in age pensions and A$115,000 in all other benefits.

However, for people of working age who are currently receiving benefits it is these other payments that figure larger than age pensions. This is particularly the case for people receiving parenting payments, where the age pension is only around one-quarter of their total lifetime costs.

New Zealand’s actuarial model does not include family payments. And nor does it include national superannuation – their equivalent to the age pension – as it is provided free of any income test to people aged 65 and over.

By including both age pensions and family payments, the Australian report produces significantly higher lifetime costs relative to the size of the economy.

The report also highlights three groups of people who are expected to have very-high average lifetime costs and poor lifetime outcomes:

These projected future histories will involve lifetime costs for these three groups of between A$2 billion and A$4 billion. In all of these cases, however, a substantial part of their estimated costs relates to years to be spent on the age pension.

Also, while some of these groups are very disadvantaged, they make up roughly 22,000 people out of a current group of 3.2 million people receiving working age payments. This is well under 1% of these recipients.

The future foundation measure of success must be whether we can improve individual prospects for a better life, made meaningful by employment, community contribution and self-reliance.

In this context the key to creating better policy will be the Try, Test and Learn Fund. This will enable organisations to compete for a chance to try a policy that proposes to create a path out of the welfare system. The fund will be open by the end of the year for not-for-profit organisations, governments, social policy experts and industry to pitch their ideas.

The government also appears to have learned from some of the issues raised in New Zealand – both by looking at policies that improve lifetime outcomes and not just reduce welfare costs, and by constructing the model in such a way that it is less sensitive to changes in economic parameters.

The government appears to be committed to rigorous evaluations of these policy experiments. This is very welcome. The commitment to early intervention is also welcome, but the proof of whether this approach actually does improve outcomes for the disadvantaged is still some years down the track.

Peter Whiteford has received funding from the Australian Research Council.He is affiliated with the Centre for Policy Development and with the Chifley Research Centre Commission on Inclusive Prosperity. He is an independent member of the Sustainability Committee of the Board of the National disability Insurance Agency.