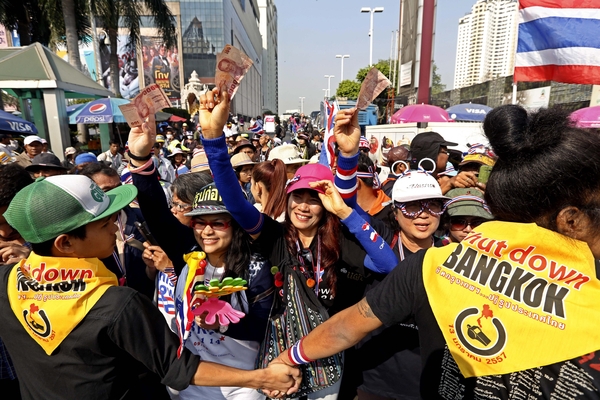 Thailand has begun a campaign to attract international tourists, especially the Japanese, by using the homegrown productions of "boys' love," or BL dramas.

The Japanese "yaoi" fiction, which emphasizes homoerotic relationships between male characters and served as the inspiration for BL dramas, is referred to as the "Y series" in Thailand. The productions have acquired popularity because of their potential to serve as a cultural export.

Around two years ago, word-of-mouth spread the Thai BL boom to Japan, and important works generated excitement on social media.

The Thai BL Twitter account for the office was created by Maya Murai, a 30-year-old employee of TAT's Osaka branch, who saw the potential for tourism. It currently has more than 20,000 followers. After seeing that 80 percent of Japanese fans of Thai BL had never visited the Southeast Asian country, she spotted an opportunity to market vacations to Thailand.

Eight people were instantly signed up when TAT's Osaka office advertised a trial tour to BL drama filming locations in Thailand for early June. This was a small but encouraging sign of Japanese tourists' interest in vacations centered around Thai BL.

The rise in Japan has reportedly spread to other Asian nations and South America, according to the office chief Chanyuth Sawetsuwan, causing the Thai government to start portraying BL dramas as strategic content intended to promote tourism.