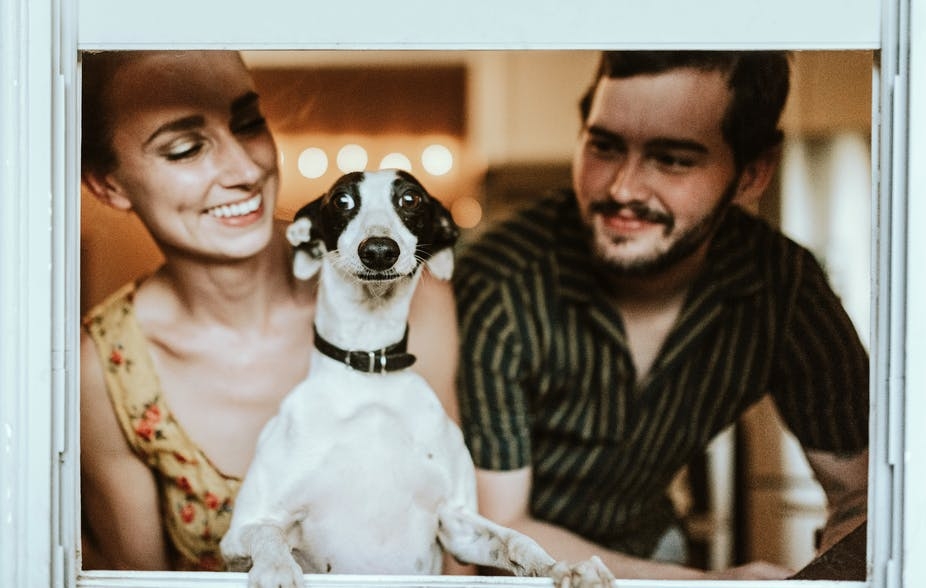 But what can your dogs tell you? Chewy/Unsplash, CC BY-NC-SA 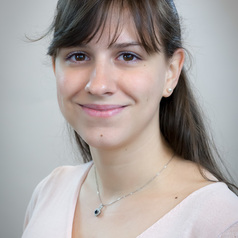 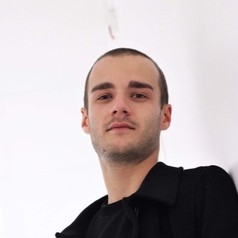 The Internet has recently been flooded with a wealth of videos of dogs Stella and Bunny pressing buttons on boards that then play back pre-recorded words like “outside” and “play”. Better yet, the dogs seem to make sentences by pressing a series of buttons – “Dad play”, for example. For some, these clips have been seen as proof that with a little training, any dog can hold a “conversation” with its owner.

It’s an intriguing idea, but what does science say?

“Bunny the dog can talk!” (Localish)

Researchers have long sought to communicate with animals, the most well-known examples being the chimpanzee Washoe, the gorilla Koko, the bonobo Kanzi and the parrot Alex. The results have been convincing, so it’s not impossible that Stella and Bunny really are using the word boards to communicate with their owners.

However, it’s important to remember that to get to the point of mastering a language, Alex and the other animals were intensively trained for years by teams of psychologists, ethologists and other professionals. This is not the case for Stella and Bunny: their owners are not scientists, nor are they experts in canine training, and the dogs have had only a light and irregular training schedule over the past year or so. All this significantly lowers the chances of getting impressive results.

A company that sells these word boards, FluentPet, launched a study in collaboration with researchers at the University of California, San Diego, to understand how animals use this means of communication. Bunny is one of many participants, and anyone can register their pet to take part as well. However, you must have access to a camera as well as own a word board, which FluentPet encourages you to purchase from them.

From a scientific point of view, all this is somewhat surprising. First, it’s rare for test subjects to be required to pay to participate in a study – test subjects are usually paid to participate. Second, FluentPet’s involvement could be seen as a potential conflict of interest – the company could choose to retain only positive data, to better market their boards.

Given that Bunny is a participant in the study, the videos of her available on social media are often interpreted as being part of the research, and therefore reliable. Beyond the fact that no results have been published yet, the videos of Bunny and Stella come from their owners’ personal accounts. Footage are also edited, and it’s unclear if this simply removes dead air or tells a carefully curated story. Nor do we know how many attempts to communicate exist compared to the number uploaded – it could well be that the impressive clips shown online are only rare coincidences. Bunny’s owner herself recognizes this:

While these videos are a dream come true for some dog lovers, they could be used as efficient marketing tools. Indeed, the official websites for Stella and Bunny include stores offering merchandise and books that can be pre-ordered, suggesting that this phenomenon can turn into a lucrative business. On top of that, FluentPet pays influencers (including Bunny’s owner) for the number of clicks on affiliate links. For all these reasons, prudence should be exercised when watching the videos.

In the video below, Bunny’s owner speaks to her in English, and in response Bunny taps on the word board:

“All Done Night” (What About Bunny).

You’ll note right away that the language on the word board is different to spoken English – it’s a simplified version (with few words, no prepositions like “to” or “of”, etc.) and is based on the use of buttons, not sounds. The conviction that dogs can speak to their owners is here based on three hypotheses:

As such, teaching the dogs the word-board language while using spoken English represents a great difficulty for the animal who does not know either of these two communication systems a priori. This situation can be compared to a native English speaker who is taught Japanese writing by a teacher who only signs French sign language. Even if it is possible that the student ends up mastering Japanese writing, this is an overly complicated process.

With regards to the first hypothesis (i.e., that dogs understand spoken English), it is hard to know, as this has simply not been tested. Concerning the second (that they master the word-board language), it is not possible to conclude anything based on the Internet videos, for several reasons.

First, some well-known research biases that are normally carefully avoided in formal scientific studies are not controlled for in these videos. In particular, the “meaning” of “sentences” produced by the dogs is often reconstructed by the owners themselves – this is known as anthropomorphic bias, i.e. assigning human ideas or behaviors to animals. For example, when Bunny combines “sound” and “settle” in this video, her owner asserts that the dog recently decided to use these words to mean “shut up”. But how can she be sure? How can she conclude that Bunny did not mean “Can you fix the board volume?”, for example? The original “sentence” is far too vague to be able to accurately interpret what the dog means, and what is interpreted often seems to be… whatever the owner wants it to be.

A second problem stems from the word board itself. While it is supposed to represent simplified English in a physical form, the organization of the buttons on the word board is anthropocentric. For example, words are grouped according to their grammatical category (a group of buttons for nouns like “cat”, another for verbs like “play”, etc.), which is not necessarily logical from a dog’s perspective. While it is likely that dogs have their own language, it’s unlikely that this specific word board represents it well or in an intuitive way.

A classic bias in psychology is known as the “Clever Hans” effect, named after a famous horse who appeared to answer complex question by tapping the ground with his hoof, but who was in fact reacting to the trainer’s behavioral cues (such as the tilt of his head) to know when to stop tapping. In the videos of Bunny and Stella, we cannot rule out that, whether intentionally or not, the owners are giving clues to the “right” button to push (through a look, body posture, etc.), even more so since we cannot see what is going on behind the camera.

“Morgan’s Canon” states that we must not assign high-level cognitive abilities to animals if their actions can be explained by lower-level abilities. Without repeated psychological experiments in a controlled setting, we should therefore avoid concluding that dogs are talking using these word boards, and stick to simpler and safer hypotheses.

It is possible to account for these observations without concluding that dogs truly understand the meaning of words. More specifically, we cannot rule out the idea that associations are only made between a behavior (pressing on the “toy” button) and a consequence (playing with the toy). In other words, it is possible to learn to ask for a toy by pressing the right button, without actually understanding that it is a word or understanding the word, just as B.F. Skinner’s rats knew which lever to push to get food or water without knowing how to talk. This is even more likely for buttons with abstract and complex meanings, like “I love you” or “stranger”, which meaning can be difficult to teach.

Human language is a productive and generative system – once the basic rules have been mastered, we can produce an infinite number of sentences with a limited number of words. Here, nothing would indicate that dogs have such ability. It is entirely possible that these combinations are fixed sequences, learned by dogs to trigger a specific response. For example, they may have learned that when they press “play” then “ball”, they get to play with the ball. In the same way, when we insert a coin and press a button on a vending machine, we get a beverage, but we cannot really conclude that we are talking with the machine.

Furthermore, certain combinations of words would suggest that the dogs are pressing a random series of buttons until they obtain a satisfactory result. For example, in this video, Stella’s owner interprets the combination “come play” followed by “yes want eat” as meaning “Stella wants a treat to be put in her toy”. Stella, like any dog, is happy to get a treat, but that doesn’t mean that she was specifically asking for that. A more prudent explanation would be that, since her owner did not react after “come play”, Stella simply pressed other buttons, randomly, to get a satisfying reaction from her owner. Besides, in this video, the less obvious the reaction to the dog’s requests, the sloppier the words combination.

How we could check whether dogs can talk

Then, one would need to show that dogs understand the meaning of words used. This could be tested in the same way as it was with the dog Chaser – giving them orders via the word board. If they understand combinations they have never been exposed to before, we can draw the conclusion that they understand the meaning of each word. For example, if a dog is exposed to “touch ball” and “take teddy” and can later understand “touch teddy”, we can conclude that it is able to extract the meaning of each word. Once this has been verified, more complex experiments could be undertaken to analyze their abilities for language production.

It may well be that Stella and Bunny are using these word boards as a language, but in the absence of more scientific proof, we must remain cautious. We can however recognize that these word boards stimulate dogs’ intelligence, keep them occupied and strengthen the bond with their owners.

One last crucial point: we don’t need marketing strategies to communicate with our animals. Many studies have already shown that we understand each other very well. So just trust yourself!

Translated from the French by Rosie Marsland for Fast ForWord and Leighton Kille.