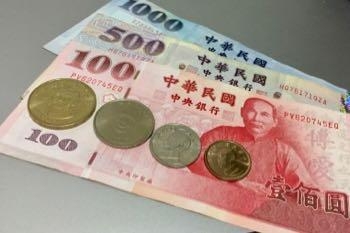 Taiwan's central bank told the US its exchange rate policy was never intended for gaining unfair trade advantages but for maintaining an orderly foreign exchange market and financial stability.

Taiwan insists it never sought to use foreign exchange rates to gain an unfair trade advantage and suggested that the US suspend the three criteria for judging manipulation during the pandemic.

The US Treasury Department said Taiwan met thresholds for possible currency manipulation under a 2015 US trade law but refrained from formally labeling it, along with Switzerland and Vietnam, as manipulators, due to insufficient evidence under a separate law.

According to Taiwan's central bank, because of the special circumstances during the COVID-19 pandemic and the US-China trade dispute, the US should not use three inspection standards to assess the economic, trade, and exchange rate policies of its trading counterparts.

Taiwan's central bank told the US its exchange rate policy was never intended for gaining unfair trade advantages but for maintaining an orderly foreign exchange market and financial stability. It added that most foreign exchange transactions have "little relevance" to the import and export situation and that it is the frequent movement of international funds that mainly triggers exchange rate fluctuations.

Soaring global demand for laptops, tablets and other equipment to support the work-from-home boom during the COVID-19 pandemic drove Taiwan's trade surplus with the US and boosted the value of the Taiwan dollar.