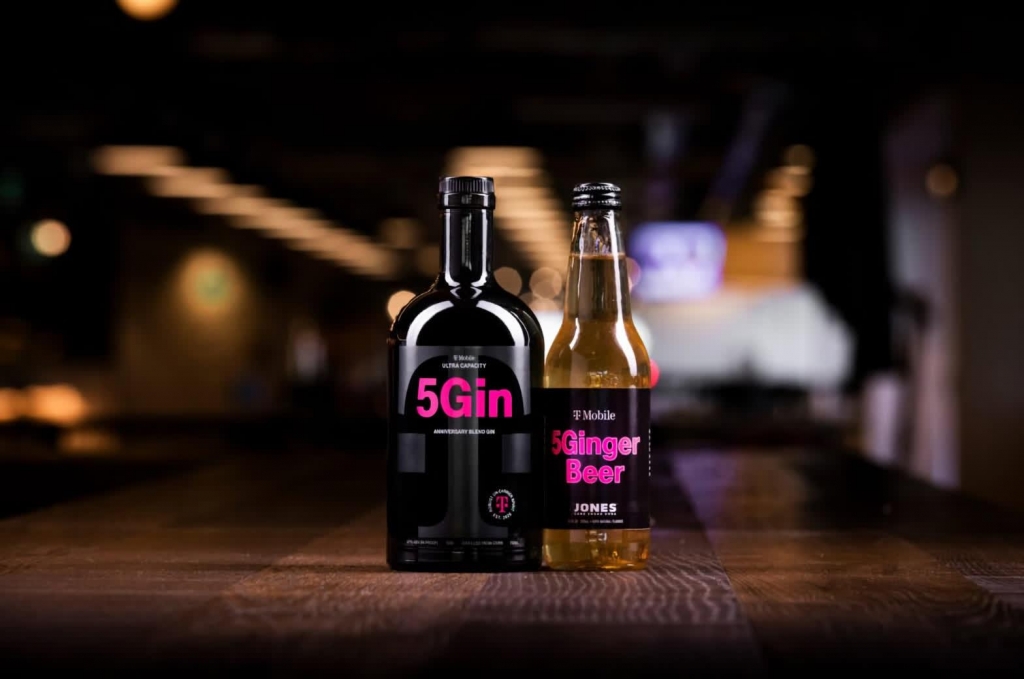 The gin comes from the Heritage Distilling Company, a premier craft distillery and the most awarded in North America by the American Distilling Institute for the past seven years. Meanwhile, the non-alcoholic ginger beer was created in partnership with the Jones Soda Company.

T-Mobile is offering two branded beverages: the Ultra Capacity 5Gin and the Extended Range 5Ginger Beer to celebrate the largest, fastest, and most reliable 5G network in the US, which now services 300 million people months ahead of schedule.

The company named the gin after its Ultra Capacity 5G service and the ginger beer after its more widely available Extended Range 5G.

Both products go on sale exclusively at t-mobile5gin.com on June 24 in limited quantities.

T-Mobile expects the drinks to go fast just like its 5G network.

T-Mobile CEO Mike Sievert noted that people thought they were crazy when they announced that they would cover 300 million people with 5G by the end of 2021.

But they were able to achieve that goal six months ahead of schedule, and we won't stop building the nation's largest, fastest, and most reliable 5G network.

The gin comes from the Heritage Distilling Company, a premier craft distillery and the most awarded in North America by the American Distilling Institute for the past seven years.

The Ultra Capacity 5Gin comes in a striking, premium black bottle" which starts with Heritage's Elk Rider Gin and is added with "a distinctive combination of botanicals."

Each bottle of Ultra Capacity 5Gin costs $30, plus shipping costs and taxes.
Availability will vary depending on the particular state's alcohol rules.

Meanwhile, the non-alcoholic ginger beer was created in partnership with the Jones Soda Company. Unlike T-Mobile's 5Gin, the 5Ginger Beer can be shipped anywhere in the US.

Their site t-mobile5gin.com also offers a set of recipes such as the 5G & T, a Magenta Martini, a non-alcoholic 5Ginger Mule, and more.