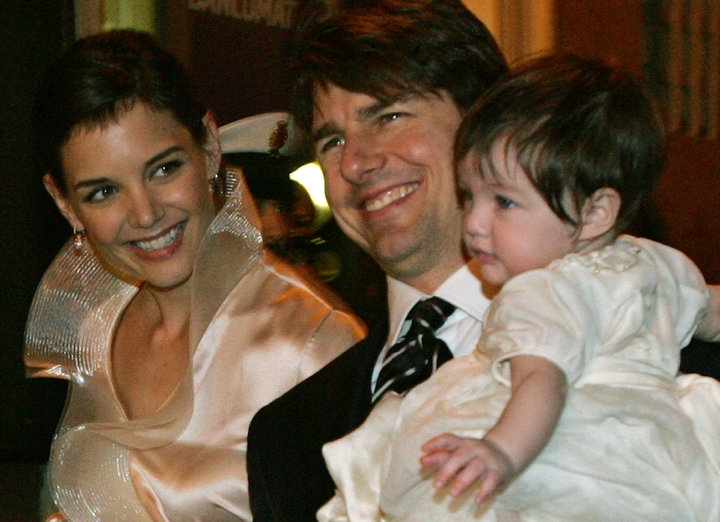 Tom Cruise and Katie Holmes' former love life has had a revival in news recently, with rumors that Suri Cruise, the couple's daughter, has been trying to reach out to her estranged father.

Unfortunately, while the rumors of Suri Cruise reaching out are unverified themselves, new unconfirmed reports about how Tom Cruise and Katie Holmes are fighting over custody of the star couple's child are spreading like wildfire. Gossip Cop has posted a breakdown of why the claims of a renewed custody battle are frivolous and do not align with the historical behavior of Cruise and Holmes.

Historically, Katie Holmes and Tom Cruise promised that whatever decision the former couple takes, it will involve the best interests of Suri Cruise. This factors in with the couple's decision to have Suri Cruise live with Katie Holmes in New York.

While Tom Cruise could be said to be quite detached from his youngest daughter, with the possibility that Cruise himself has not seen Suri Cruise for more than 1,000 days, Cruise himself has had a history of being hands-off with his children, even those with former wife Nicole Kidman. To emphasize how hands-off Cruise can be towards his children, the 56-year-old actor did not even attend Bella Cruise's wedding in London.

While it is interesting to speculate on whether there have been no confirmations that legal proceedings have occurred to review the custody case for Suri Cruise, this can be attributed to Tom Cruise and Katie Holme's preference for privacy in their personal lives. Holmes herself, in an unconfirmed relationship with “Ray” actor Jamie Foxx, rarely discusses their relationship in public.

Considering the aggressive nature of the rumors about the Tom Cruise and Katie Holmes custody battle, the12-year-old Suri Cruise is hopefully unaware of the media attention her relationship with her father is causing.