Sugar daddy capitalism: even the world's oldest profession is being uberised 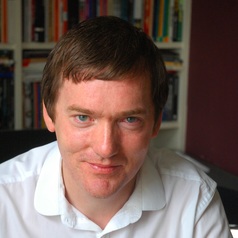 The sleazy “sugar baby” scandal involving Australian politician Andrew Broad, exposed for his reported cringy attempts to hook up with a woman almost half his age, might look like just another case of a politician caught in flagrante delicto.

The 43-year-old married father of two reportedly arranged to meet the 25-year-old “Amy” while in Hong Kong for a fruit conference. He was presumably seeking to be discreet, but his penchant for bragging about how important he was along with Amy’s interest in financial gain ensured his sext messages ended up with the gossipy Australian women’s magazine New Idea.

What gives this story greater social import is how the pair met – through a dating platform designed specifically to match wealthy men with young attractive women. Such sites, as I argue in a recently published book, symbolise the rise of what I call sugar daddy capitalism – a deformalisation movement at the centre of Western capitalism that is erasing already blurred lines between commercial and non-commercial worlds.

Sugar baby websites are the brainchild of US tech entrepreneur Brandon Wade. He has established a stable of such sites and apps, all based on the same premise: helping wealthy older men (sugar daddies) meet beautiful, usually much younger women (sugar babies) who want to be wined and dined in expensive restaurants and showered with gifts, including cash.

According to Wade, who has built a lucrative business empire on the concept, his typical sugar daddy has an annual income of US$200,000 and spends about US$3,000 a month on a sugar baby. About 40% are married. A similar proportion of the sugar babies are university students. They’re not obliged to provide sexual favours, but those who have talked about their experiences indicate that is usually expected if they want material rewards to keep flowing their way. 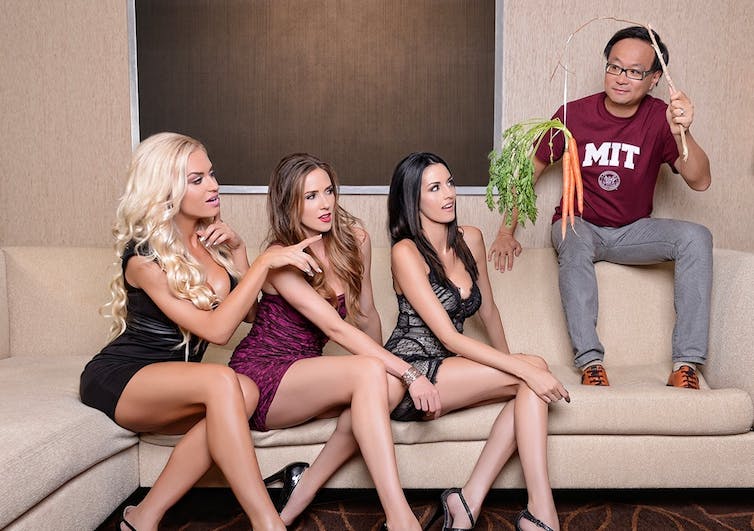 Wade isn’t appealing to romantics. He has called love “a concept invented by poor people”. As he told CNN in 2014:

“As I look at the future of traditional relationships, I see divorces, heartbreaks and broken families. Marriage is messy, but divorce is even messier. Yet marriage is not the only path to happiness or financial security. An arrangement can provide the same benefits as a marriage without the risk.”

His ideas repudiate the family values Andrew Broad, a socially conservative politician, has claimed to believe in. It’s a transactional approach to intimacy, based on the iron law of supply and demand. Only hard cash counts, something rich and powerful men have long exploited.

Another way of looking at sugar baby websites is that they are promoting barely disguised sex work. Indeed Wade has been branded a kind of “e-pimp”. We can see his digital platforms as exemplifying a wider trend of casualisation in working relationships, using technology to extend the so-called gig economy.

The pundits of neoliberalism champion casualisation, individual contracts and other forms of “gig work” because they believe supply and demand is the right way to determine all prices, including wages. It’s up to the individuals involved to decide what kind of arrangement best suits them. And this ought to happen behind closed doors.

Friedrich Hayek, a key figure of the neoliberal revolution, argued in his book The Road to Serfdom that deals between individuals are superior to state laws and regulations because they foster personal freedom. Money and self-interest would be the only universal principles permitted, with governments coming into the picture only as a last resort. That’s why in Hayek’s ideal society everyone would interact on a strictly private basis, guided only by the cool logic of the marketplace and personal preferences.

If the economy was rebuilt around this idea, neoliberal theorists like to believe, we’d all soon be rich micro-entrepreneurs, free to tailor our working lives to individual taste rather than being handcuffed to global standards imposed by trade unions and government.

What happens in reality when these ideas are put into practice? The sugar daddy phenomenon shows us.

Onward to the past

Consider the status of sex work in the Australian state of New South Wales, which decriminalised prostitution in 1995 (in large part to stamp out police corruption associated with illegal brothels).

Sex workers are generally considered independent contractors. That means, like other workers in the gig economy, they don’t get the benefits full employees enjoy, such as employer contributions to superannuation, holiday pay and sick leave.

Nevertheless they are still deemed workers – and that is important. Employers (or “hirers”) must observe regulations that specifically cover workers, including the right to join a union, and so on.

Moreover, if it turns out workers are being exploited by “sham contracts”, where they are for all intents and purposes full employees but being treated otherwise, the federal Fair Work Act comes into play. Businesses can be fined up to $30,000 for violating provisions on this issue.

Sex worker advocates have campaigned long and hard to be recognised by employment legislation, including the right to unionise. The next step is a national award.

Sugar baby sites are as disruptive to this whole system as platforms like Uber have been to highly regulated taxi industries. They turn sex work back into a strictly private affair.

Uber’s official line is that it’s just enabling ordinary citizens to share a ride, instead of the regulated system of taxi drivers requiring a licence and police background checks. Sugar baby sites exploit the same loophole. Sugar babies are not officially workers, and thus fall completely outside any germane employment legislation.

In this sense, these websites and apps represent a return to the past where prostitution was an informal affair and protections and standards were largely non-existent.

Given recent trends, there is a distinct danger that large swathes of the economy could soon be restructured in the same way.

So while it is tempting to focus on the salacious aspects of the Andrew Broad scandal, with all its hypocrisy and double standards, let’s not lose sight of the bigger picture exposed – of a technology-enabled economic ideology sweeping both working and personal relationships.